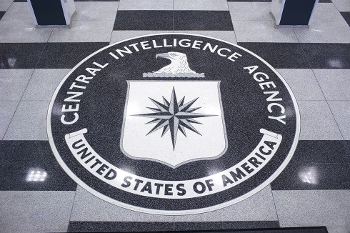 WikiLeaks has released details of proof-of-concept ideas and assessments for malware attack vectors from CIA contractor Raytheon Blackbird as part of its ongoing Vault 7 document release.

The whistleblower website has been releasing details of various CIA attack tools since March.

The documents released overnight are based on public documents from security researchers and security companies.

Unlike some earlier releases, the details of the five vectors are sketchy and all date back to September 2015.

One of the vectors, HTTPBrowser is described as a very simple remote attack tool which communicates with a command-and-control server using plain text "which speaks to the low level of sophistication of this RAT", according to the accompanying documentation.

A similar description is used for another vector, a new variant of the NfLog remote access tool.

A third vector, Regin, is however said to be an extremely sophisticated tool.

HammerToss, another vector, is described as "interesting" because of "its architecture, which leverages Twitter accounts, GitHub or compromised websites, basic steganography, and Cloud-storage to orchestrate command and control functions of the attack".

Finally details were provided about an information stealing trojan known as Gamker. In the case of this trojan, the contractor Raytheon Blackbird deferred the decision of whether a proof-of-concept should be developed to the CIA, while in the other four cases, it recommended that there was no need to create a PoC.

More in this category: « Another swag of security updates from Apple TV station struggling a month after Windows ransomware attack »
Share News tips for the iTWire Journalists? Your tip will be anonymous