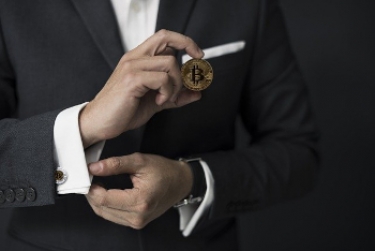 Image by Aaron Olson from Pixabay

A cryptocurrency stash worth nearly US$1 billion (A$1.37 billion) has been seized by American federal authorities on Tuesday and court action has been launched seeking forfeiture of the cache.

Ulbricht was found guilty of seven criminal counts in 2015 and given a double life sentence.

Get this - there is a Bitcoin wallet with 69,000 Bitcoins ($693,207,618) that is being passed around between hackers/crackers for the past 2 years for the purpose of cracking the password, no success so far.

I have the wallet, @Google hook me up with a quantum computer please. pic.twitter.com/GcIqH7kN98

The existence of the bitcoin cache was first noticed by Alon Gal, chief technology officer at Israel-based cyber crime intelligence company Hudson Rock, who tweeted in September that a a bitcoin wallet was being passed around by hackers during the last two years with no success in cracking it.

On Thursday, Gal tweeted about the fact that the wallet had been moved from its original address, saying: "The address that moved $1,000,000,000 worth of Bitcoin yesterday is possibly linked to Silk Road. If it was done by the owner/owners, it was probably done due to the headlines of my reports."

The address that moved $1,000,000,000 worth of Bitcoin yesterday is possibly linked to Silk Road.

If it was done by the owner/owners, it was probably done due to the headlines of my reports.

Owner - If you see my tweets, I'm accepting tips ;)

The US Department of Justice said in a media released on Thursday that it had filed a bid for forfeiture of the bitcoin stash which was filed in the US District Court of the Northern District Of California.

Personal opinion - this U.S Justice department seizure of the funds sounds really sketchy, I have no idea what's the story behind how they were able to suddenly retrieve these funds, or whether they were connected to Ulbricht.

I hope they will release a detailed statement soon.

It said these transactions were done by someone called Individual X - whose identity the government knew - who stole the cryptocurrency from Ulbricht.

The background to the Silk Road takedown was provided in the court document and based on this, the government said it was reasonable to assume that the bitcoin stash represented proceeds "traceable to computer hacking" which was illegal under American law.

This is how U.S. Justice decrypted Silk Road wallet. pic.twitter.com/4wZFyTWKDq

More in this category: « Isentia warns of hit to FY21 net profit before tax due to ransomware attack Researchers find new backdoor that uses DLL side-loading to attack Windows »
Share News tips for the iTWire Journalists? Your tip will be anonymous