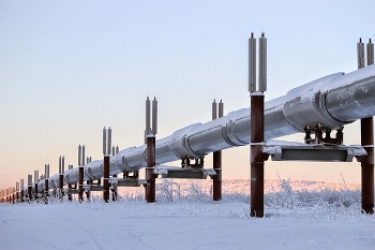 Image by Robson Machado from Pixabay

The affiliate of ransomware operator DarkSide, the Windows malware that was used to attack the US Colonial Pipeline Company, appears to have taken on a target that was outside the parameters set down by the operator, judging from a statement made by the operator on its site on the dark web.

DarkSide operates as ransomware-as-a-service and thus attacks are carried out by many different groups, all of which pay a commission to the actual creator and maintainer of the ransomware which works only on the Windows operating system.

The fact that the hit was on a major US oil pipeline and could lead to a national response was, apparently, for the reaction from the DarkSide operators.

In a note on its site, the operators said: "We are apolitical, we do not participate in geopolitics, do not need to tie us with a defined government and look for other our motives.

"Our goal is to make money and not creating problems for society. From today we introduce moderation and check each company that our partners want to encrypt to avoid social consequences in the future."

This appears to be a reaction to the outcry over the attack on the pipeline, which is the biggest in the US used for transporting petrol, jet fuel and diesel.

US President Joe Biden told a media scrum at the White House that there was no evidence so far that Russia was behind the attack, though he added that Russia had some responsibility to deal with attacks that came from within its borders.

“So far there is no evidence based on, from our intelligence people, that Russia is involved, though there is evidence that the actors, ransomware, is in Russia. They have some responsibility to deal with this,” he said.

It’s gotta be exhausting for some of y’all to go from Israel/Palestine experts to cybersecurity pipeline experts in less than 4 hours.

Biden is expected to announce some kind of cyber security policy soon but whether it is practical and can be put into effect remains to be seen.

Security firms in the US have no incentive to see the number of ransomware attacks decrease as the more the attacks, they more they gain financially.

Security outfit Intel471 said DarkSide had emerged back in August 2020 and the ransomware made its debut on the popular XSS Russian-language forum.

"[The developer was] advertising that he was looking for partners in an attempt to adopt an affiliate ;as-a-service' model," Intel471 claimed. "Soon after, the ransomware was spotted to be behind numerous attacks, including several incidents targeting manufacturers and law firms in Europe and the US.

The cyber security industry after some ransomware group shut off half the east coast's oil supply pic.twitter.com/XVH0r5cHM9

"In March 2021, the developer rolled out a number of new features in an effort to attract new affiliates. These included versions for targeting Microsoft Windows and Linux-based systems, enhanced encryption settings, a full-fledged and integrated feature built directly into the management panel that enabled affiliates to arrange calls meant to pressure victims into paying ransoms, and a way to launch a distributed denial-of-service.

"With respect to DarkSide’s affiliates, there is overlap in how the ransomware was delivered, including affiliates gaining initial network access by exploiting vulnerable software like Citrix, Remote Desktop Web, or remote desktop protocol, performing lateral movement, and exfiltrating sensitive data before ultimately deploying ransomware.

"As for post-exploitation tools, the arsenal usually included Cobalt Strike and Metasploit frameworks, Mimikatz and BloodHound."

Veteran US technology journalist Ryan Naraine, who works for Security Week, claimed in a weekly newsletter he sends out that DarkSide was backed by some country.

It says a lot about the state of one's society when what will undoubtedly convince governments to act on ransomware is when it disrupts gasoline.

"This is the work of professionals, most certainly protected by a nation-state, that have wreaked havoc on corporate networks, encrypting all data and extorting victims for massive crypto-currency payments," he said, without offering any evidence to back up his claims.

"They are brazen and ruthless and operate with startling precision, even rummaging through an infected network for documents related to ransomware insurance to determine how much to extort from victims."

More in this category: « Optus, FraudWatch thwart thousands of online security threats over 10 years Microsoft issues 55 patches; Adobe on Windows under attack »
Share News tips for the iTWire Journalists? Your tip will be anonymous