US export ban on ZTE; UK advises against use of firm's equipment 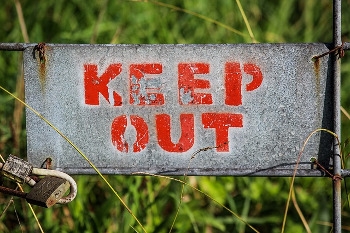 A statement from the US Commerce Department said the ban was imposed because of false statements made by the company during talks in 2016 over a charge of shipping telco equipment to Iran and North Korea. As a penalty, US firms cannot sell parts to ZTE for seven years.

Subsequently, the Department of Commerce claims to have found that statements made by ZTE to the Bureau of Industry and Security were false.

These false statements covered up the fact that ZTE paid full bonuses to employees that had engaged in illegal conduct, and failed to issue letters of reprimand.

“ZTE misled the Department of Commerce. Instead of reprimanding ZTE staff and senior management, ZTE rewarded them. This egregious behaviour cannot be ignored,” Ross added.

In the UK, Dr Ian Levy, technical director of the National Cyber Security Centre, wrote to telecommunications organisations saying: "NCSC assesses that the national security risks arising from the use of ZTE equipment or services within the context of the existing UK telecommunications infrastructure cannot be mitigated."

The letter further said that using network equipment or services from ZTE would have a “long-term negative effect on the security of the UK”.

"The UK telecommunications network already contains a significant amount of equipment supplied by Huawei, also a Chinese equipment manufacturer. Adding in new equipment and services from another Chinese supplier would render our existing mitigations ineffective."

In February, the NCSC reiterated its commitment to working with Huawei, saying it will "continue to benefit" from such collaboration,

The US is also seeking to ban Huawei and ZTE from any further participation in telecommunications networks in the country and also trying to push Australia in the same direction.

More in this category: « Australia joins US, UK, to blame Russia for net attacks Android malware hijacks DNS settings to spread infection »
Share News tips for the iTWire Journalists? Your tip will be anonymous