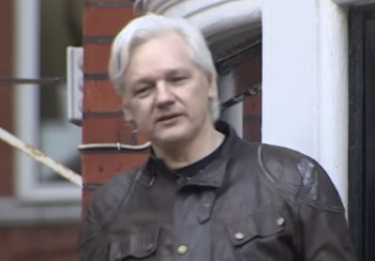 A federal grand jury in the United States has issued a second indictment against WikiLeaks founder Julian Assange, charging him with recruiting hackers to commit computer intrusions to benefit the whistle-blower website.

The Justice Department said on Thursday the new indictment did not add any new counts but broadened the scope of the conspiracy surrounding the intrusions with which Assange was charged earlier.

The indictment claimed in 2010, Assange had gained unauthorised access to a government computer in a NATO country. It added that in 2012, Assange communicated with Hector "Sabu" Monsegur, the leader of the hacking group LulzSec — who was then co-operating with the FBI — and gave him a list of targets to hack.

It said in the case of one target, Assange asked Monsegur to look for (and provide to WikiLeaks) mail and documents, databases and PDFs.

In another communication, Assange told Monsegur that the most impactful release of hacked materials would be from the CIA, NSA, or the New York Times, the indictment alleged.

"WikiLeaks obtained and published emails from a data breach committed against an American intelligence consulting company by an 'Anonymous' and LulzSec-affiliated hacker. According to that hacker, Assange indirectly asked him to spam that victim company again," it said.

"In addition, the broadened hacking conspiracy continues to allege that Assange conspired with Army intelligence analyst Chelsea Manning to crack a password hash to a classified US Department of Defence computer."

Assange is being held in the Belmarsh high-security prison in the UK awaiting a trial to determine if the UK will extradite him to the US to face these and previously filed charges.

More in this category: « Criminals use Sekhmet ransomware to hit gas company SilPac twice Akamai says it mitigated largest PPS attack DDoS »
BACK TO HOME PAGE
back to top