UK teen first under 18 to get jail term for hacking 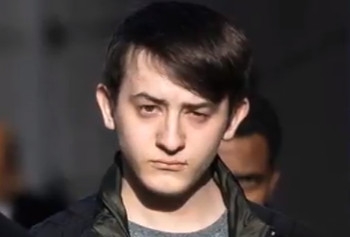 Gamble, who went by the name Cracka at the time, broke into online accounts belonging to former CIA director John Brennan, former US intelligence director James Clapper and other high-profile US Government employees in late 2015 and early 2016.

According to online  reports, Justice Haddon-Cave said Gamble was the leader of "a cyber gang" that ran a "an extremely nasty campaign of politically-motivated cyber terrorism" during the sentencing.

The judge also ordered that his computers be seized.

Gamble was taken into custody in February 2016 and pleaded guilty to 10 charges of hacking in October 2017.

He first hacked into Brennan's AOL account, before moving on to former US secretary of homeland security, Jeh Johnson, then Haines.

If Kane Gamble had never been caught for hacking the CIA director, they'd probably have called it a state-sponsored attack, not by a 15 year old. Reminds me of the time when the FBI accused North Korea of hacking Sony, even though their Pastebin posts were full of Internet memes.

In October 2015, Gamble went after accounts belonging to FBI special agent Amy Hess and her boss at the bureau, Mark Giuliano.

A month later, he tried to gain access to an FBI portal. Early in 2016, he focused on Clapper's Comcast account and another Obama official, Vonna Weir Heaton.

Also in January 2016, he targeted a Comcast account operated by Holdren and tried to break into network of the US Department of Justice.

Kane Gamble the then-15 year old hacker who leaked the director of the CIA's emails, has been sentenced to two years in youth detention.

An unprecedented ruling, considering that no under 18 has ever served a custodial sentence in the UK for hacking. https://t.co/V1IfsdEn9x

More in this category: « Twitter banned Kaspersky Lab from advertising in Jan Orangeworm group takes aim at healthcare sector »
Share News tips for the iTWire Journalists? Your tip will be anonymous