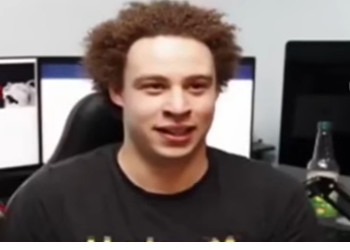 British security researcher Marcus Hutchins has been freed by authorities in the US, having been adjudged to have already served the one year jail time that was imposed on him, and only subject to a further year of supervision.

That means he would be able to travel back home again, nearly two years after he was arrested by the FBI. Whether he can travel freely to the US again depends on the American authorities.

A wonderful day for @MalwareTechBlog thanks to his loving parents as well as @marciahofmann, @brianeklein, Emily, @Doctor_Tran, @Tarah, and all of you around the world who showed endless support. pic.twitter.com/lfvlwh2Ox2

Hutchins was taken into custody by the FBI in Las Vegas on 2 August 2017 after he had boarded a plane to leave the US after attending the annual DEFCON security conference.

He gained the attention of the world when he stopped the spread of the WannaCry ransomware by accident in May 2017.

After much back and forth in court, Hutchins pleaded guilty in April this year to two of the ten charges levelled at him - creating banking trojans in the years before he took up a career in infosec.

Sentenced to time served! Incredibly thankful for the understanding and leniency of the judge, the wonderful character letter you all sent, and everyone who helped me through the past two years, both financially and emotionally.

After the verdict was announced on Friday, Hutchins tweeted: "Sentenced to time served! Incredibly thankful for the understanding and leniency of the judge, the wonderful character letter you all sent, and everyone who helped me through the past two years, both financially and emotionally."

The two charges to which Hutchins had pleaded guilty in April each carried penalties of US$250,000 in fines and a US$100 special assessment.