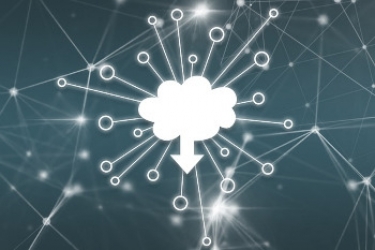 An ex-employee of the wireless data communication and wired products maker Ubiquiti has been arrested and charged with data theft and a bid to extort his employer while he masqueraded as a whistleblower and anonymous attacker, the US Department of Justice says.

In a statement issued on Wednesday, the DoJ said Nickolas Sharp had allegedly stolen confidential files from the New York-based company. He had then pretended to be working to remediate the breach, all the while seeking to extort US$2 million (A$2.8 million) from his then employer.

After these attempts did not yield dividends, the DoJ said Sharp had leaked information to news outlets "causing the publication of misleading news articles about the company’s handling of the breach that he perpetrated, which were followed by a significant drop in the company’s share price associated with the loss of billions of dollars in its market capitalisation".

According to the detailed indictment issued by the DoJ, after publication of the articles in question on 30 and 31 March, Ubiquiti's stock price fell by about 20% and the company lost more than US$4 billion in market capitalisation.

Sharp's claims were given a detailed airing on the Krebs On Security website, a blog run by former Washington Post employee Brian Krebs, on 30 March. He appears to have posed as someone who participated in the response to the breach and was referred to as Adam.

Krebs wrote that Adam had contacted him "after raising his concerns with both Ubiquiti’s whistleblower hotline and with European data protection authorities".

The DoJ statement did not mention Sharp's employer, but Sergiu Gatlan, a reporter with the website Bleeping Computer, wrote that the details around the incident perfectly matched existing information on the Ubiquiti breach and also on Sharp's LinkedIn account.

The Krebs' report appeared to have been the original one about the incident. Four other reports — in the Washington Post, Cybereason, Apple Insider and ZDNet — cited Krebs' report as the source in their reports, all of which appeared on or around 30 March.

The DoJ said Sharp had been arrested in Oregon district on Wednesday.

US Attorney Damian Williams said: “As alleged, Nickolas Sharp exploited his access as a trusted insider to steal gigabytes of confidential data from his employer, then, posing as an anonymous hacker, sent the company a nearly US$2 million ransom demand.

"As further alleged, after the FBI searched his home in connection with the theft, Sharp, now posing as an anonymous company whistle-blower, planted damaging news stories falsely claiming the theft had been by a hacker enabled by a vulnerability in the company’s computer systems.

"Now the alleged theft and lies have been exposed, and Sharp is facing serious federal charges.”