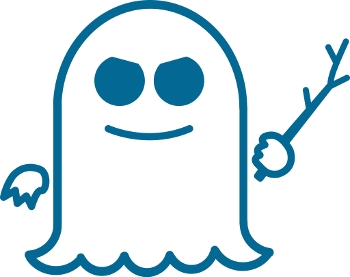 Two new variants of the processor vulnerability known as Spectre, that was announced in January, have been announced by Google and Microsoft.

The new flaws affect processors made by Intel, ARM, AMD and IBM. They are caused by the same process of speculative execution — where actions are taken ahead of the actual instructions being read in order to gain a speed boost — that were the cause of the Meltdown and Spectre bugs which came to light earlier this year.

The four companies, along with Microsoft, Red Hat and Ubuntu, have published advice on how to mitigate the effects of these flaws.

According to a Microsoft advisory, one of the new flaws, dubbed speculative store bypass or Variant 4 — given that it is a variant of the earlier Spectre vulnerability — affects AMD, ARM and Intel processors to varying degrees. This flaw can be exploited remotely.

"An attacker who has successfully exploited this vulnerability may be able to read privileged data across trust boundaries," the advisory said.

"Vulnerable code patterns in the operating system or in applications could allow an attacker to exploit this vulnerability."

"In this case, the researchers demonstrated Variant 4 in a language-based runtime environment. While we are not aware of a successful browser exploit, the most common use of runtimes, like JavaScript, is in Web browsers."

She added that new microcode patches would be released to fix the flaw.

According to Microsoft, an attacker who exploits this vulnerability could then bypass Kernel Address Space Layout Randomisation protections.

In order to carry out an exploit, local access is required, with an attacker having to log on and then run a specially crafted application.

"The mitigation for this vulnerability is exclusively through a microcode/firmware update, and there is no additional Microsoft Windows operating system update," the company said.

More in this category: « Scammers stole $340m from Australians in 2017 Forgotten server earns UK university big fine »
Share News tips for the iTWire Journalists? Your tip will be anonymous