Two-thirds of CISOs fear network attack in next 12 months 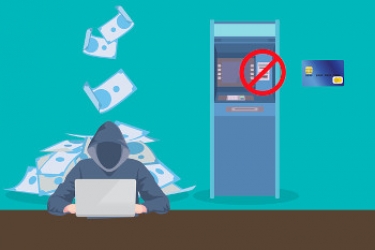 Almost two-thirds (64%) of chief information security officers in 14 countries believe they will be hit by a material cyber-attack in the next 12 months, the security firm Proofpoint says.

The figure was highest in the UK (81%) with Singapore (44%) at the other end of the scale. In Australia, 72% of those surveyed expressed the same fear.

The survey, conducted by research firm Censuswide, covered 100 companies which had more than 200 employees in each of 14 countries. The 2021 Voice of the CISO survey covered the US, Canada, the UK, France, Germany, Italy, Spain, Sweden, the Netherlands, UAE, Saudi Arabia, Australia, Japan, and Singapore. The survey was carried out in the first quarter of 2021.

Again, two-thirds of the CISOs said they feared the organisations they worked for would not be able to handle a cyber attack, with the Netherlands (81%) at the top of the scale.

CISOs in the UAE were the most concerned about the repercussions of an attack, while Japanese CISOs showed the greatest confidence in their employees comprehending the role they would have to play in the event of an attack.

For many of those surveyed, human error did not rank very highly as a factor in an attack; Singapore (37%), Australia (45%) and the Netherlands (46%) appeared to have great confidence in their employees' competence. The US (75%) was the most sceptical.

Data leaks and IP issues dominated (42%) the ways that CISOs felt their employees would put a company at risk of a cyber attack.

The rise in the number of targeted attacks seen since remote working became widespread had been noticed by 58% of the CISOs. Despite the pandemic, 74% said they were sure they would be better placed to tackle attacks by 2023.

When it came to top priorities, 44% of UK officials picked education of users. In Canada (39%) and the US (37%) supplier risk took precedence.

Most of the CISOs felt weighed down by expectations, with 73% in Germany and 70% in the US agreeing they were expected to do too much. Singapore (37%), Australia (44%) and the Netherlands (45%) were more relaxed.

Well over half of those surveyed had no differences with their boards: 54% of companies which had between 501 and 1000 employees fell into this bracket as did 71% of firms that had more than 5001 workers.

More in this category: « New cyber rules will be judged by their efficacy: Tenable chief CIA-backed firm claims DarkSide ransomware site has shut down »
Share News tips for the iTWire Journalists? Your tip will be anonymous