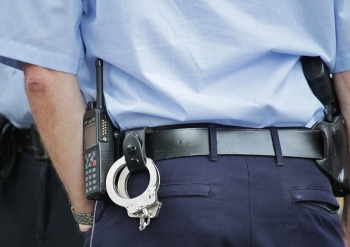 Image by cocoparisienne from Pixabay

Two men from Bendigo, aged 27 and 28, have been charged by the Australian Federal Police and Victoria Police in connection with automated denial-of-service attacks on police phone lines in October last year.

Police from both organisations searched three premises in Bendigo on Saturday in connection with the warrants served on the two, a statement from Victoria Police said.

The 28-year-old is alleged to have been the ringleader and has been charged with:

He was jailed and is to face the Bendigo Magistrates Court on Monday.

The 27-year-old was hit with three firearms offences, with the police alleging that he had been in possession of an unregistered firearm in violation of section 6A of the Firearms Act 1996.

He was granted bail and will face court on 8 August.

Chris Goldsmid, AFP acting commander, Cyber Crime Operations, said: "Each occasion a police phone line was unavailable as result of these malicious attacks meant members of the public were unable to access a vital service. This had serious implications for the broader community.

“Some of the attacks included a spate of text messages asking for emergency assistance. People who called the number back reported being verbally abused by a recording on the other end. This created fear, distress and anxiety amongst some of the most vulnerable in our community."

More in this category: « Black Hat pulls keynote speaker due to stance on women's issues Israeli firm Cellebrite says it can hack devices running iOS 12.3 »
Share News tips for the iTWire Journalists? Your tip will be anonymous