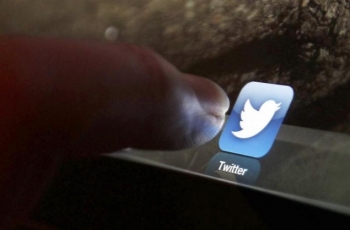 Twitter has announced some big changes to the way it handles security, toughening the encryption of global traffic in the wake of a number of online security scares.

"On top of the usual confidentiality and integrity properties of HTTPS, Forward Secrecy adds a new property," Twitter explained in a blog post.

"If an adversary is currently recording all Twitter users' encrypted traffic, and they later crack or steal Twitter's private keys, they should not be able to use those keys to decrypt the recorded traffic."

"We are writing this not just to discuss an interesting piece of technology, but to present what we believe should be the new normal for web service owners," Twitter said of its blog post.

"A year and a half ago, Twitter was first served completely over HTTPS," the company added. "Since then, it has become clearer and clearer how important that step was to protecting our users' privacy."

Jim Killock, director of the Open Rights Group, said it was a "policy move" driven by revelations about mass surveillance by British eavesdropping agency GCHQ and the controversial US agency NSA, which has been the subject of global controversy after whistleblower Edward Snowden revealed the scope of its surveillance operations.

"Companies have now realised precisely how vulnerable their information is on the internet. It's no longer a theoretical risk. We know it's been going on now," he told the Huffington Post.

"This is about asking users to trust the companies involved and to also force the legal authorities to approach companies directly rather than attempting to seize the data in transit."

For more information on Forward Secrecy and what it means for the web more broadly check out the Electronic Frontier Foundation.

More in this category: « Censorship will die, says Google’s Schmidt I'd buy that for a dollar: Robocop is now a reality »
Share News tips for the iTWire Journalists? Your tip will be anonymous