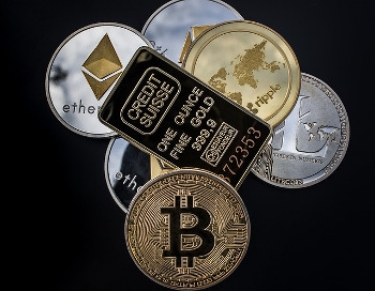 Twitter accounts of many rich and famous Americans — including Elon Musk, Joe Biden, Barack Obama and Jeff Bezos — were hijacked on Wednesday and used to advertise cryptocurrency scams, according to a tweet from British security researcher Marcus Hutchins.

Early on, another scam pledged to donate 5000 BTC to the community and included a domain link to send money. The domain was quickly suspended.

Satnam Narang, staff research engineer at security shop Tenable, told iTWire the accounts in the cryptocurrency space had seemingly been hacked in a mass co-ordinated attack.

The scammers even managed to hijack Elon Musk's account pic.twitter.com/BycjPasWeC

"The accounts tweeted that they 'partnered with' a company called CryptoForHealth. The domain for this website was registered on 15 July. The website itself claims that, to help with the hard times endured by COVID-19, they're partnering with several exchanges to provide a '5000 Bitcoin (BTC) giveaway' which is a ruse for advanced free fraud.

By afternoon US eastern time, the wallet address which was used to receive the victims' digital coin had netted more than US$118,000 (A$168,000).

Hutchins tweeted out: "A bunch of high-profile cryptocurrency Twitter accounts have been hijacked to tweet bitcoin scams. Likely a 3rd party App compromise rather than Twitter itself. Wallet has received ~$6000."

Oh snap, they got Bezos, too. pic.twitter.com/hu5VDa964n

He added: "So far I've seen tweets from the accounts of Elon Musk, Jeff Bezos, Bill Gates, and Kanye West. Hackers are putting back tweets as soon as account owners delete them. They've already made US$103,000 in two hours.

The security firm RiskIQ said about 400 domains, which they listed, had been linked to the account that was collecting the money.

Narang added: "In separate, but related attacks, the verified accounts of Bill Gates, Elon Musk and Uber were also compromised to promote a cryptocurrency giveaway. Their tweets used the same Bitcoin address we observed on the CryptoForHealth site, indicating that this is likely a co-ordinated attack."

Your Tweet was quoted in an article by @businessinsider https://t.co/QsTdHRMf6L

Narang said the hackers asked users to send anywhere between 0.1 BTC to 20 BTC to a designated bitcoin address, promising that they would double the victims' money.

"This is a common scam that has persisted for a few years now, where scammers will impersonate notable cryptocurrency figures or individuals," he said. "What makes this incident most notable, however, is that the scammers have managed to compromise the legitimate, notable Twitter accounts to launch their scams.

"Because the tweets originated from these verified accounts, the chances of users placing their trust in the CryptoForHealth website or the purported bitcoin address is even greater. This is a fast moving target and so far more than $50,000 has been received by the Bitcoin address featured on the CryptoForHealth website and in Musk's and Gates' tweets.

"We strongly advise users never to participate in so-called giveaways or opportunities that claim to double your cryptocurrency because they're almost always guaranteed to be a scam."

Trey Herr, director, Cyber Statecraft Inititaive, at the Democrat-aligned think-tank ,Atlantic Council, said: "Today's hacks might have been tied to SIM hijacking, which has been called out in previous reporting. Cell phone vendors are not very effective at validating the identity of people who call into their customer service lines, allowing attackers to get cell service for an account moved to a SIM card they control and can intercept text-based 2FA codes. Notably, the language in the tweets was tweaked to the voice of the target."

Lotem Finklestein, head of threat intelligence, at security firm Check Point Software Technologies, commented: “This is not the first time the privacy of users on social platforms was affected by its employees, nor the first time that Twitter employees were responsible for sensitive data disclosure.

"The account of Twitter's own chief executive Jack Dorsey was compromised a few months ago after his phone number was taken over in a SIM swapping attack. Last year, two employees were accused of abusing their access to internal Twitter resources and helping Saudi Arabia spy on dissidents living abroad.

"Although Twitter has not yet shared the full details of this incident, we can see that different root causes in previous cases have led to similar results.

"Whether it is disgruntled employees or tailored social engineering attacks, the true problem is the difficulty in limiting access to internal assets and preventing them from becoming a single point of failure.

"This time, however, it seems that Twitter is taking action to prevent such incidents from occurring again in the future, by making tools such as the one presumably used in this attack less accessible.

"If anything, Twitter's compromise shows that in today’s world of increasing data loss events, organisations have little choice but to take action to protect sensitive data. Confidential employee and customer data, legal documents, and intellectual property are being exposed to unwanted parties on a daily basis.”

More in this category: « Texas foundry group X-FAB takes a hit from Maze ransomware Apple updates deliver fixes and features »
Share News tips for the iTWire Journalists? Your tip will be anonymous