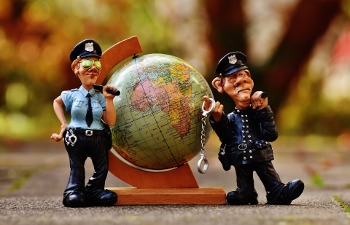 A quarter of Australian companies which took part in a survey conducted by IT management company ManageEngine felt they were more at risk of a cyber attack now than they were 12 months ago.

The survey covered 152 companies and was conducted by Stollznow Research for ManageEngine.

Twenty-eight percent were of the opinion that they were much more at risk while 43% felt the risk they faced now was more or less the same as a year ago.

Asked about security issues during the last 12 months, 57% reported cyber attacks, data thefts by external parties, or unauthorised access and/or misuse of data by an employee.

Of those who had experienced unauthorised data access by employees, 59% said this had occurred between one and five times while a further 29% said there had been between six and 10 incidents.

On other aspects of business, the survey found that IT and line of business managers were gaining information and getting involved in each other’s areas of expertise.

"These results are encouraging as they underline the central role that IT is playing within business and that senior management are aware of this," said Raj Sabhlok, president of ManageEngine.

"Hopefully this strong relationship between senior management and IT teams will allow the companies to respond rapidly and effectively to the issues and opportunities facing them now and in the future."

More in this category: « Malware used to steal source code for Mac, iOS apps Laptop ban on flights from Europe to US put off »
Share News tips for the iTWire Journalists? Your tip will be anonymous