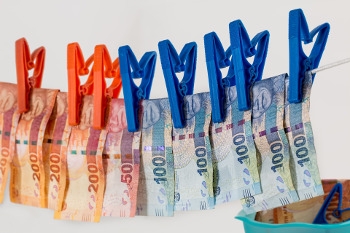 Data analysis by British multinational defence, security, and aerospace company BAe Systems has produced what the company claims are the six most common profiles of people involved in money laundering around the globe.

The Invisible Network report claimed that about between $1 trillion and $2 trillion was laundered each year, with about $4.5 billion of this being in Australia. The total was about 3% of global GDP.

Recently, the tracking agency AUSTRAC launched Federal Court action against the Commonwealth Bank over alleged violations of the money-laundering and terrorism-financing laws.

The BAe study listed the common personas involved in money-laundering as being:

"When it comes to money laundering it isn’t simply about the illicit money. It is about the impact that the laundering causes. The invisible network of money launderers is keeping hospitals, schools and libraries from being built," the report said.

"They (money launderers) are bending the property market, pricing first time buyers out of many cities. And the profits of money laundering are the cause of crime and misery the world over."

Expanding on the different personas, the study said the Source was mainly a white collar fraudster, cyber criminal, or a member of an organised crime gang that made illegal profits that needed to be converted to legal tender.

This kind of person operated outside the law and was often a regular customer of other personas such as Sharks, Shop Fronts, and Bystanders, including money mules and organised crime gangs that fulfil many functions in illicit financial services.

The Leaders were denied access to legitimate markets by sanctions and were therefore short of dollars, euros or yuan to buy the loyalty of their enforcers and the other things they need to prop up their regimes.

This class usually had two key motivations: staying in power and enriching themselves and their followers. Both of these activities require some careful movement of wealth.

Bystanders were those who actively committed crimes, and those who are happy to pretend they hadn’t seen it because it suited their ends.

Those falling into the category called the Watched were senior civil servants or public figures. They represented possible avenues of corruption and targets for bribery and other inducement by virtue of their
position.

Motivated by greed, Sharks committed crime and helped others to do the same. They helped those with illicit funds enter the banking system and present a cleaner face to the world, and turn a profit from their criminal acts.

Finally, the Shop Front operator realised there was plenty of money to be made helping launder funds, and built an entire business to do it.

More in this category: « New ransomware strain spreads in some European countries Kaspersky affair: NSA secrets may have leaked via backdoor »
BACK TO HOME PAGE
back to top