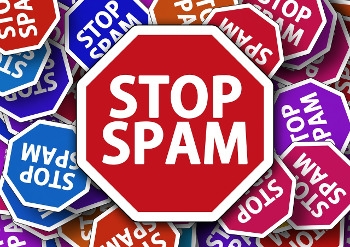 An American outfit has leaked about 1.37 billion email addresses and other personal details online after it neglected to password-protect a database back-up, resulting in the data leaking online.

It was spotted by Chris Vickery, a data breach hunter with MacKeeper, who along with CSOOnline and Spamhaus, the anti-spam group, released details of the find.

The files were leaking from an outfit known as River City Media run by Alvin Slocombe and Matt Ferris, both of whom are known spammers, Vickery wrote.

While the outfit says it is a legitimate marketing operation, Vickery said it was sending out as many as a billion emails every day.

He said this was achieved by using automation, research over many years and some illegal hacking.

Details of scripts and techniques used had been forwarded to Microsoft, Apple and other companies and law enforcement authorities notified, Vickery wrote.

One angle people aren't seeing yet to the big DB story-- There are *tons* of military email account/full name/IP address combos here.

He looked up the names of several people in the leaked list to verify that the details were not faked.

There were tons of military email accounts, with full names and IP addresses as well.

"The natural response is to question whether the dataset is real. That was my initial reaction," he wrote. "I’m still struggling with the best software solution to handle such a voluminous collection, but I have looked up several people that I know and the entries are accurate.

"The only saving grace is that some are outdated by a few years and the subject no longer lives at the same location."

Spamhaus has blacklisted the entire infrastructure used by RCM.

More in this category: « Bogus ASIC email has a catch: Windows ransomware Aussie SMBs lose $6600 for each cyber attack »
Share News tips for the iTWire Journalists? Your tip will be anonymous