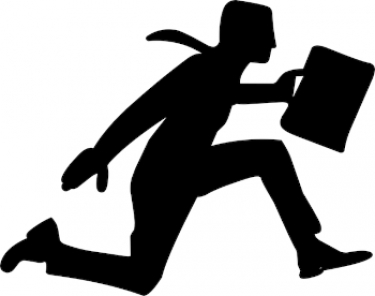 Global cyber security vendor Sophos has launched a service known as Sophos Rapid Response, which it claims is an industry-first, fixed-fee, remote incident response service that can find and neutralise active cyber attacks right through the 45 days of the service.

In a statement, the company said this new offering was part of its Managed Threat Response, a team that operates around the globe and provides "proactive, fully-managed threat hunting, detection and response services".

A new threat that attacks systems by using a modular malware dropper was identified by the team at the new service, with the Buer Loader's malware-as-a-service able to compromise Windows computers leaving them open to destructive payloads.

The Buer loader was found during the investigation of an attack by the Windows Ryuk ransomware In September.

Sophos senior threat researcher Sean Gallagher said in a blog post that in this attack, the Ryuk actors had used a relatively new method for gaining initial access: a malware dropper called Buer.

"The September attack was part of a low-volume spear phishing attack tracked by Sophos," he said. "Over the next month, it evolved into a much larger spam campaign, carrying Buer as well as a number of other types of 'loader' malware, as the Ryuk operators sought to ramp up their attacks."

The attackers used a new variant of Buer to try and launch the Ryuk ransomware, before expanding their efforts to mix the use of Buer with other types of loader malware.

"When you're hit with an attack, time is of the essence. Every minute between initial compromise and neutralisation counts as adversaries race through the attack lifecycle," said Sophos chief technology officer Joe Levy.

"Advanced attacks can quickly halt business operations, and IT managers who have experienced ransomware first hand know this all too well, reporting the need to spend proportionately more time on incident response and less time on threat prevention than those who haven't been hit."

The statement claimed Sophos Rapid Response could neutralise "a wide range of security incidents, including ransomware, network breaches, hands-on keyboard adversaries, and more. The... team can be onboarded and activated within hours, and the majority of attacks triaged within 48 hours".

"This year, devastating ransomware attacks have unfortunately been a gold rush for cyber criminals, and it's unlike anything the cyber security industry has ever experienced," said Sophos incident response manager Peter Mackenzie.

"Nearly 85% of the attacks that Sophos Rapid Response has been involved in thus far included ransomware — notably Ryuk, REvil and Maze — and I can say with confidence that most of the other attacks that we were called in to stop would have also resulted in ransomware had we not acted so quickly.

"Readily accessible tools make it possible for attackers to net bigger payouts in one week's worth of work than most people will make in their lifetime.

"Criminals infiltrate networks and stealthily plan their attacks in the background, before strategically launching ransomware as the final payload – often during the overnight hours when no one is watching in order to execute on as many machines as possible.

"Sophos Rapid Response takes immediate action to extinguish the fire which, in the case of a hospital that we helped this month after it was hit by Ryuk ransomware and forced to shut down, meant the difference of life or death."

More in this category: « 2020’s nastiest malware revealed by Webroot Criminals use Windows REvil ransomware to hit big casino supplier »
Share News tips for the iTWire Journalists? Your tip will be anonymous