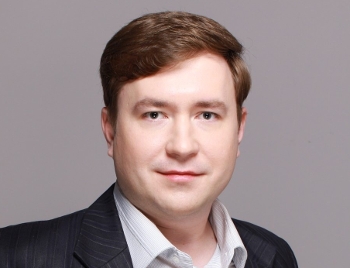 Malware that infects Windows systems via routers has been uncovered by researchers at security firm Kaspersky Lab who claim it has been used for cyber espionage from at least 2012 until February 2018.

The announcement was made on Friday, the second day of the Kaspersky Security Analyst Summit being held in Cancun, Mexico.

Dubbed Slingshot, the malware can run in kernel mode which means it has complete control of infected devices.

The researchers claim the malware is highly competent "at stealthy information gathering, hiding its traffic in marked data packets that it can intercept without trace from everyday communications".

Slingshot operates as a passive backdoor but the exact method of infection is as yet unknown. Once it gets on a router, it remains there and examines any commands that are entered into the device checking if there are two hardcoded magic constants in the header of the command.

When these constants are detected, Slingshot establishes an encrypted communication channel to its command and control centre and begins to exfiltrate data.

Samples obtained by the researchers had the version given as 6.x, indicating that they were dealing with malware that had been created some time ago.

A statement from Kaspersky Lab said: "The development time, skill and cost involved in creating Slingshot’s complex toolset is likely to have been extremely high. Taken together, these clues suggest that the group behind Slingshot is likely to be highly organised and professional and probably state-sponsored.

"Text clues in the code suggest it is English-speaking. However, accurate attribution is always hard, if not impossible to determine, and increasingly prone to manipulation and error."

This far, about 100 victims of Slingshot and its related modules have been found in Kenya, Yemen, Afghanistan, Libya, Congo, Jordan, Turkey, Iraq, Sudan, Somalia and Tanzania.

While most attacks appear to be specifically targeting individuals, some government organisations and institutions also appear among those affected. Kenya and Yemen had the lion's share of those affected so far.

Commenting on the malware, Alexey Shulmin (above), lead malware analyst at Kaspersky Lab, said: “Slingshot is a sophisticated threat, employing a wide range of tools and techniques, including kernel mode modules that have to date only been seen in the most advanced predators.

"The functionality is very precious and profitable for the attackers, which could explain why it has been around for at least six years."

The writer is attending the Kaspersky Security Analyst Summit as a guest of the company.

More in this category: « Steep rise in malware threats to Mac: report Popular cameras found to contain backdoor, security holes »
Share News tips for the iTWire Journalists? Your tip will be anonymous