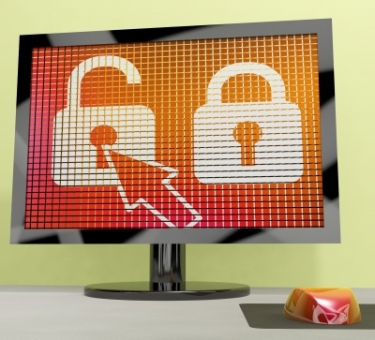 A high percentage of security professionals lack the tools to detect known security threats and many say they are still in need of the appropriate preventative solutions to close current security gaps, according to a recent global survey.

According to the global survey of more than 300 security professionals and executives by security vendor LogRhythm Labs - designed to “understand the root causes of the stress under which security teams operate”, obtain feedback on the ways in which it could be alleviated and the best paths to remediation - 93% of security professionals said they lacked the tools to detect known security threats, with 92% saying they are still in need of the appropriate preventative solutions to close current security gaps.

“Now, more than ever, security teams are being expected to do more with less leading to increasing stress levels. With more organisations operating under remote work conditions, the attack surface has broadened, making security at scale a critical concern,” said James Carder, CSO and VP of LogRhythm Labs.

“This is a call to action for executives to prioritise alleviating the stress and better support their teams with proper tools, processes, and strategic guidance.”

LogRhythm's State of the Security Team report found that when (security professionals) were asked what causes the most work-related stress, the two most selected answers were not having enough time (41%) and working with executives (18%) - and 57% of respondents indicated their security program lacks proper executive support, defined as providing “strategic vision, buy-in and budget”.

The security professionals also cited inadequate executive accountability for strategic security decision as the top reason (42%) they want to leave their job - “an alarming statistic”, given nearly half of companies (47%) are trying to fill three or more security positions, says LogRhythm.

“As businesses across the world accelerate digital adoption to ensure operations continue to run seamlessly following the onset of COVID-19, the pressure on cybersecurity teams to perform are even higher than before,” said Joanne Wong, VP for International Markets, LogRhythm.

“However, the outstanding challenge with the shortage of cybersecurity talents, where Asia Pacific faces a huge 2.6 million shortfall, means that there is an urgent need to help relieve the pressure from security professionals, in order for them to be more efficient and effective in their job.

The survey also found that 68% of respondents admitted their organisation has deployed redundant security tools, and 56% confess this overlap is accidental — “once again emphasising the need for improved strategic oversight from executives”, said LogRhythm.

And despite duplicative tools, 58% of respondents said they still need increased funding for tools when asked what additional support their security programs require.

“Consequently, the report highlights the growing value of IT consolidation. Security professionals rate the value of solution consolidation highly, citing top benefits as less maintenance (63%), faster issue detection (54%), identification (53%), and resolution (49%), as well as lower costs (46%) and improved security posture (45%),” LogRhythm notes, adding that “yet, only one in three companies (32%) have a real-time security dashboard which provides a clear, consolidated view of all their security solutions.”

On the Top Five Ways to Reduce Stress Among Security Teams, the survey found that when asked what would help alleviate their stress, the top five responses included:

“All employees, from the CEO to the frontline IT worker, need to feel that they play a significant role in maintaining the security of the company for which they work,” said James Carder, CSO and VP LogRhythm Labs.

“At LogRhythm, we are committed to empowering the SOC team and improving visibility and automation so our customers can successfully safeguard their critical assets.”

More in this category: « Check Point finds flaws in popular dating app OkCupid Australia suffering from security complexity: Cisco »
BACK TO HOME PAGE
back to top