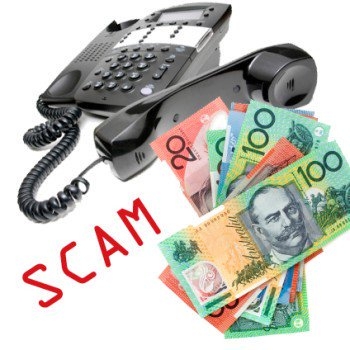 Scammers fleeced an average of nearly $6500 from Indigenous Australians in 2017, a 14% increase on 2016, with total losses to scams around $1.7 million – with the most losses incurred by Indigenous victims of dating and romance scams.

According to the Australian Competition and Consumer Commission Targeting Scams report, its Scamwatch website received 1810 scam reports in 2017 from Indigenous people with losses amounting to nearly $1.7 million.

The scam reported most by Indigenous people was unexpected prize and lottery scams (194 reports), while victims of dating and romance scams reported the most losses at $746,790.

“Nearly one in every two Indigenous people who reported one of these scams to the ACCC lost money,” Rickard said.

“These scams are very convincing which makes them hard to spot. In the case of online shopping scams, the scammer creates a very believable looking online store purporting to sell well-known products at great prices. It always pays to do a Google search about an online store before you make a purchase to see if it might be a scam site.”

Rickard warns that with investment scams, the scammer would start with a cold call to their victim promising low risk investments for very high returns.

“They will spend months grooming their victims and even use flashy brochures and websites to give them an air of legitimacy. Once a victim invests, they’re quickly convinced to put more and more money in. As soon as the victim tries to cash in on their investment, the scammer quickly disappears,” Rickard said.

This week is Scams Awareness Week and the ACCC has warned all Australians to “Stop and check: is this for real?”

According to Rickard, scammers are very good at what they do. “They will commonly pretend to be trusted from government agencies and threaten you with arrest, or say you've received an increase in your benefits, to get your money and personal information,” Rickard said.

“Never give them this personal information; any of your banking details; or remote access to your computer. Contact the agency they say they’re from directly to see if they’re telling the truth by finding their phone number in the phone book or an online search.”

To help reduce the impact of scams on Indigenous peoples, Rickard said the ACCC engaged in targeted scams awareness outreach in nine Indigenous communities across the Northern Territory.

“Since the outreach we have seen a reduction of funds sent from these communities to overseas scammers of 40%.

“The ACCC is committed to continuing outreach and educational programs to empower Indigenous communities to spot, avoid and report scams they encounter.”