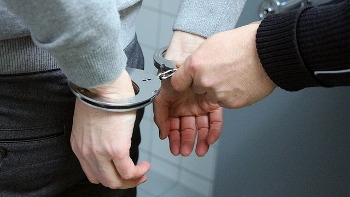 Five Romanians suspected of spreading the CTB-Locker Windows ransomware throughout Europe and the US have been arrested in Bucharest.

A statement from Europol said six houses in Romania were searched as a result of a joint investigation carried out by the Romanian Police (Service for Combating Cyber Crime), the Romanian and Dutch public prosecutor’s office, the Dutch National Police, the UK’s National Crime Agency, the US FBI with the support of Europol’s European Cyber Crime Centre and the Joint Cyber Crime Action Taskforce.

Romanian authorities received information about the group's operations in early 2017 from the Dutch High Tech Crime Unit. The group was said to be sending spam which was masqyerading as messages from well-known companies in Italy, the Netherlands and the UK.

Help was sought from the American security firm McAfee in identifying malware samples and answering other queries.

Each email had an attachment in the form of an acrhived invoice that contained the CTB-Locker ransomware.

First detected in 2014,CTB-Locker was one of the first ransomware variants to use Tor to hide its command and control infrastructure.

It targets Windows XP, Vista, 7 and 8. Once infected, all documents, photos, music, and videos are encrypted asymmetrically, which makes it very difficult to decrypt the files without the private key which is in possession of the attackers.

Europol said that more than 170 victims had been identified and their complaints would help in prosecuting the suspects.

Two men from the group are accused of spreading the Cerber ransomware to a large number of Windows PCs in the US.

The group was not creating its own malware, but rather renting it and paying about 30% of whatever it earned as rent.

"The law enforcement action emphasises the value of public-private partnerships and underscores the determination behind the McAfee mantra 'Together is power'."