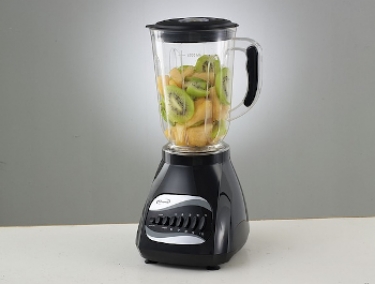 Image by Yao Charlen from Pixabay

Security firm RiskIQ says it has tried several times to contact blender manufacturer NutriBullet to inform the latter of a JavaScript skimmer that was noticed on its international website on 20 February — an attack that has been identified as being carried out by one of the Magecart groups, in this case Group 8 — but has not heard back from the blender manufacturer.

"RiskIQ researchers reached out to NutriBullet via their support channel and NutriBullet leadership via LinkedIn less than 24 hours after the incident and continued outreach over the next three weeks," RiskIQ threat researcher Yonathan Klijnsma said in a post that provided details about the attack.

"As of the date of this blog (19 March), our attempts at communication with NutriBullet have not been answered. The compromise is ongoing, and credit card data may still be getting skimmed, even as NutriBullet runs ad campaigns to pull in more customers."

RiskIQ has focused on Magecart attacks for some time; in these attacks, a skimmer is introduced into a payment page and credit card details are exfiltrated to an external domain.

Klijnsma said after multiple attempts to contact the blender maker, the security firm decided it would begin the process of trying to take down the attacker's exfiltration domain, with the help of AbuseCH and ShadowServer.

AbuseCH says it is "operated by a random Swiss guy fighting malware for non-profit", while ShadowServer describes itself as "a non-profit security organisation working altruistically behind the scenes to make the Internet more secure for everyone".

"Group 8 operators were using this domain to receive stolen credit card information, and its takedown prevented there being new victims," Klijnsma wrote.

The attack was neutralised by having the domain targeted by the skimmer removed by 1 March but the attacker, alive to this as well, placed a new skimmer on the NutriBullet site on 5 March.

"We again scrambled to get the infrastructure neutralised," Klijnsma said. "Unfortunately, the criminals still have access to NutriBullet’s infrastructure and can continue to replace the skimmer domain in the code to make it work again.

"Again on 10 March, the attackers were back with another skimmer in yet another script on the NutriBullet website. Until NutriBullet acknowledges our outreach and performs a clean-up, we highly advise against making any purchases on the site as customer data is endangered."

Klijnsma noted that when the attackers introduced the first skimmer on 20 February, they ensured that it would appear on a payment page by targeting the iQuery JavaScript library, a resource used by all pages on the international NutriBullet website.

He said the skimmer had been used multiple times before this by the same group, adding that RiskIQ had observed its use on more than 200 victim domains.

After RiskIQ managed to get the first skimmer neutralised, the Group 8 members placed a second skimmer on the NutriBullet site on 1 March, targeting a submodule for jQuery. But the attackers changed the URL for the exfiltration of card details as the first had been taken down. A third skimmer was introduced on 10 March.

NutriBullet's main site has a Web form for contacting the company but the form only accepts queries from people based in the US and Canada. There are no media contacts listed on the company's site. iTWire has contacted the Australian arm of NutriBullet for comment.

More in this category: « MonitorMinor: maker claims it's for parental control, Kaspersky calls it stalkerware Threat actor offers access to UK forces support body for US$5000 »
BACK TO HOME PAGE
back to top