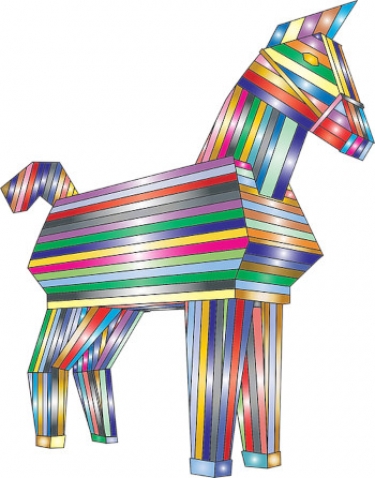 Researchers from FireEye and Microsoft claim to have discovered a global intrusion campaign, using the Orion network monitoring system sold by SolarWinds, with a trojan being implanted into a file which was part of updates for the product; the compromised file was given the name SUNBURST. The software runs on Windows.

They said the attacker had used a number of techniques to prevent detection and hide activity, but added that these also offered some opportunities for detection. Despite the very detailed post, no hint of attribution was made. FireEye chief Kevin Mandia issued a general post about the discovery.

The campaign, which was described as being widespread and tracked as UNC2452, was said to have begun as early as the western spring and had not yet stopped, they said. FireEye announced last week that it had been compromised and had its Red Team tools stolen.

"FireEye has detected this activity at multiple entities worldwide. The victims have included government, consulting, technology, telecom and extractive entities in North America, Europe, Asia and the Middle East," the researchers wrote. "We anticipate there are additional victims in other countries and verticals."

The compromised component was named as SolarWinds.Orion.Core.BusinessLayer.dll, a digitally signed part of the Orion software. This contained a backdoor that communicated with third-party servers using HTTP.

After systems were compromised, the attacker was able to both move laterally in a system and steal data, the researchers said, adding, "The campaign is the work of a highly skilled actor and the operation was conducted with significant operational security." 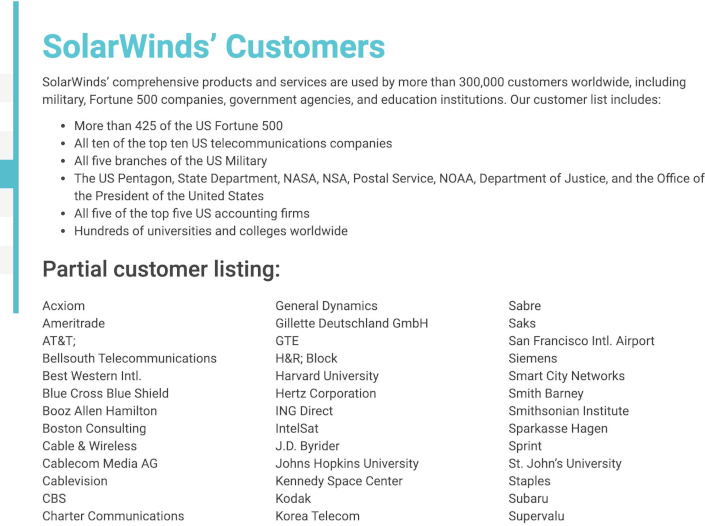 Once the SUNBURST malware was within a system, it stayed quiescent for a fortnight, the researchers said. After that it executed software that could transfer files, run them, reboot machines as needed and also take down system services.

The malware hid itself as the Orion Improvement Program protocol and operated behind the mask of genuine SolarWinds functions. Forensic and anti-virus tools were identified from multiple blocklists.

The update file itself was a standard Windows Installer Patch that included compressed resources including the compromised DLL.

Another technique used for evasion was the naming of hostnames on command-and-control infrastructure to match a hostname in the victim's environment. "This allowed the adversary to blend into the environment, avoid suspicion, and evade detection," the researchers noted.

However, this also provided an opportunity for detection as the configured hostname was leaked in RDP SSL certificates, which would be spotted in Internet-wide scan data.

Another notable feature was that the attacker mainly used IP addresses from the same country as the victim, using virtual private servers to achieve this.

The degree of care taken in crafting the attack was shown in another characteristic: the attacker always used one set of credentials for lateral movement and a different set for remote access.

Temporary file replacement was used to run utilities remotely, with the legitimate utility being replaced, the payload executed and the original file restored.

The researchers also documented, in painstaking detail, the manner in which the malware gained access, checked its environment, used a system of checks and balances so as to ensure that it would not be noticeable, and then settled down before beginning operations after two weeks.

The researchers said SolarWinds had released a new version of the Orion platform which has patched the flaw that allowed the compromise. FireEye itself offered a number of mitigation measures.

The last time malware of this kind was described, it was the Stuxnet malware, built by Israeli and American NSA actors, to destroy Iran's nuclear reactors in Natanz.