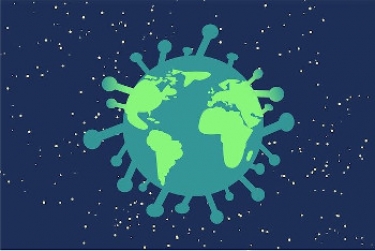 Image by Miroslava Chrienova from Pixabay

A number of researchers have detailed four major vulnerabilities in the Australian Government's COVIDSafe application for the iPhone and Android systems, and advised users to upgrade at once.

The main patches issued were to fix:

The researchers who detailed these bugs on GitHub were Chris Culnane of State of IT, Ben Frengley, Eleanor McMurtry, Jim Mussared, Yaakov Smith, Vanessa Teague of Thinking Cybersecurity, and Alwen Tiu of the Australian National University.

The advisory pointed out that the Bluetooth messages sent by COVIDSafe v2 were much longer than those of the previous version and a bug that was already present garbled some transactions between iPhones. This flaw was found by John Evershed of Project Computing.

A second flaw, tracked as CVE-2020-12856, affected the Android versions of COVIDSafe from v1.0.17 and earlier. This allowed an attacker to bond silently with an Android phone running a vulnerable version of the app.

A third flaw, similar to CVE-2020-12856, affected versions of the COVIDSafe app from 1.0.21 and earlier. This allowed an attacker to obtain the Bluetooth identity address and also to perform silent bonding in some cases.

The fourth problem was that locked iPhones could not receive new TempIDs for COVIDSafe, a flaw found by Richard Nelson. This was fixed in COVIDSafe versions 1.6 onwards.

Finally, the researchers wrote that a critical concurrency flaw had been found in encryption code version 1.0.18 used in COVIDSafe; a single Cipher instance was shared across different threads without being synchronised. This affected Android versions 1.0.18 to 1.0.27.

This bug was notified to the Digital Transformation Agency and the Australian Signals Directorate earlier this month.

The researchers thanked the DTA and ASD for patching the encryption issue.

"[We'd] encourage the DTA to address the Bluetooth tracking problem and the iPhone logging failure urgently," they wrote. "We'd also like to thank the large and active community of Australian techies who have examined, discussed, and tried to correct the code."

More in this category: « Ransomware expert offers word of caution as Lion's misery continues ITU to launch new guidelines for protecting children online »
Share News tips for the iTWire Journalists? Your tip will be anonymous