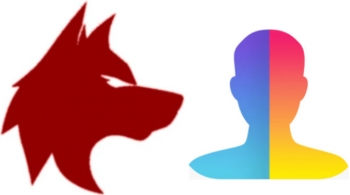 Researchers at a relatively unknown security research group Red Wolf Intelligence have uncovered what they claim are definitive connections between facial altering app FaceApp and the Russian Government.

FaceApp, developed by Russian software company Wireless Lab, enables users to realistically alter facial features of photos so that they can have different expressions and look older or younger. The app has recently raised alarm bells due to privacy concerns.

Red Wolf Intelligence is a very new group of researchers (so new that they don't currently have a web site!) keen to gain a prominent position in the IT security research community.

According to Logan Hicks, co-founder of Red Wolf Intelligence (Twitter: @redwolfintel), "We can at this point confirm with certainty that FaceApp is using the system to create Dossiers on users by integrating the data, and cross correlating it against WhatsApp, Google, Twitter, and other social media systems to collectively aggregate as much publicly available data on a user as possible."

Hicks continues, "The original data, in combination with other available public data, in correlation with modern day imagery analysis software could be easily used to create complex profiles of each individual user.

"That being said, we can confirm the presence of a Japanese linked APT already observed on system."

Hicks has also confirmed that FaceApp Pro is definitely malware. "Don't download it under any circumstances." The team is quite sure that FaceApp Pro is not an authorised app from the same team that developed FaceApp. It is assumed that it was created by some malicious third-party developer.

Further investigation has confirmed that FaceApp uses servers with both "logical and geographical proximity to the Kremlin."

The images below show "a name server linked directly to the Kremlin and FaceApp, as well as geographic proximity to the Kremlin itself, which is also known to utilise Geo-Distorting technology to offset for defence purposes for several critical locations within the Russian Federation, to include the Kremlin."

The geolocation shown places the server in the middle of the Moskva River, less than two kilometres from the Kremlin.

iTWire spoke to Hicks earlier today, where he requested we refrain from publishing certain aspects of the team's investigation, pending the completion of a formal research paper. Further information will be provided in a follow-up.

More in this category: « Identity theft has cost Australians $16 million in 2019: report Immunity starts selling exploit for Microsoft RDP flaw »
back to top