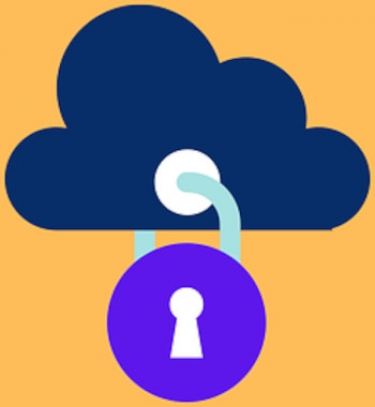 Image by Joseph Mucira from Pixabay

The process of staging a ransomware attack is much more complex than portrayed, with a number of actors involved, the global security company Kaspersky claims in a detailed blog post about how a typical attack chain is organised. The post was written on Anti-Ransomware Day aiming to demolish some myths around ransomware, which predominantly attacks systems running Microsoft Windows.

The first myth was that there was some "gang" responsible. This was incorrect, as the initial access, researchers Dmitry Galov, Leonid Bezvershenko and Ivan Kwiatkowski wrote, was provided by botmasters — those who managed established botnets — and account resellers. Once this was done, a group called the red team by Kaspersky — after the offensive units in security companies — established full control over the victim network and geared up for the actual encryption of files by deploying the ransomware.

While this was going on, information was collected on the victim and internal documents were purloined; these were then sometimes sent to another team, the analysts, who assessed what could be demanded as a ransom, with the task being to determine the optimal amount to be asked for in order to put maximum pressure on the victim.

After this was completed, the red team bought a ransomware product from developers, with the deal usually being a cut of the ransom.

"An optional role here is the packer developer, who may add protection layers to the ransomware program and make it harder for security products to detect for the few hours it needs to encrypt the whole network," Galov, Bezvershenko and Kwiatkowski wrote.

"Finally, negotiations with the victims may be handled by yet another team and, when the ransom is paid out, a whole new set of skills is needed to launder the cryptocurrency obtained."

The overall point they made was that ransomware operations should be viewed as an ecosystem. "[It should be] treated as such: it is a problem that can only be addressed systematically, for instance by preventing the money from circulating inside it – which involves not paying ransoms in the first place," the trio emphasised.

A second myth that the three Kaspersky researchers claimed had been perpetuated was that targeted ransomware was indeed targeted. "As far as we know, these groups do not peruse the Financial Times to decide who they are going after next," they wrote.

"Counter-intuitively, the people who obtain the initial access to the victim’s network are not the ones who deploy the ransomware later on; and it is helpful to think of access collection as an entirely separate business.

"For it to be viable, sellers need a steady stream of 'product'. It might not make financial sense to spend weeks trying to breach a predetermined hard target like a Fortune 500 company because there’s no guarantee of success. Instead, access sellers go after the low-hanging fruit."

The sources for access were mainly botnet owners and access sellers, the latter being underground operatives who were on the lookout for publicly disclosed vulnerabilities in Internet-facing software like VPNs or email gateways. As soon as these were known, as many networks as possible were penetrated. Thus, the three wrote, the identity of the victim often became known to the attackers only after the attack.

Another point that Galov, Bezvershenko and Kwiatkowski sought to make was that while those deploying ransomware to make money were technically criminals, all those involved in the ecosystem did not come from the cyber crime underworld.

"In the past, high-profile ransomware attacks have been used as a destructive means," they pointed out. "It is not unreasonable to think that some APT [advanced persistent threat or nation-state] actors are still resorting to similar tactics to destabilise rival economies while maintaining strong plausible deniability."

The post also included details about how ransomware was marketed; one salient point made was that the whole ecosystem was a closed one, with operators being very careful about whom they worked with. Often, there were geographical and language restrictions placed on people. There was a ban on malware being used in the jurisdiction where an involved individual was located.

Galov, Bezvershenko and Kwiatkowski also analysed two campaigns, one by REvil and another by Babuk, to illustrate how the process was managed. All this material has been public for a long time and was not dug up by the Kaspersky trio.

The researchers pointed out that though their latest statistics, issued on 23 April showed a drop in the number of users who had been affected by ransomware, it only meant that random individuals were unlikely to be surprised by an attack. On the other hand, companies faced as a high a risk as before, if not a higher one.

"There was a time where SMBs [small and medium-sized businesses] could mostly ignore the challenges posed by information security: they were small enough to stay under the radar of APT actors, but still big enough not to be affected by random and generic attacks," the Kaspersky trio said. "Those days are over, and all companies today are now in a position where they must be prepared to fend off criminal groups.

"Thankfully, such attackers will usually go after the low-hanging fruit first, and setting up appropriate security practices will make a world of difference."

More in this category: « How technology can help warehouse safety CEOs and CISOs doubling down on cybersecurity and converged approaches, research finds »
Share News tips for the iTWire Journalists? Your tip will be anonymous