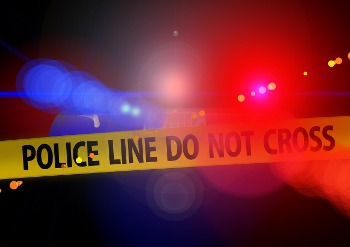 The Queensland Police Service's Taskforce Argos has refused to comment on allegations made by an American technology news website that its members hacked into computers of Americans who were part of a child pornography ring on the dark web, in a bid to identify their actual IP addresses.

The report appeared on the Motherboard website on 15 August and said the claims of hacking had been made in court reports filed in the US.

A spokesperson for the Queensland Police Service told iTWire: "I have spoken to Taskforce Argos and they have confirmed they will not be making a comment on this matter."

Argos is a specialist branch which investigates online child exploitation and abuse. The child pornography ring, known as The Love Zone, was run on the dark web and its members, numbering about 29,000 by July 2014, used the Tor network in a bid to hide their identities.

According to the Motherboard report, members had to upload material at least once a month in order to retain their membership.

Argos identified the administrator of the website as an Australian in 2014 and took control of his account. It then ran the site undercover for some months, the report said.

However, as the members were using the Tor network, their IP addresses were hidden even though Argos could see what they were doing on the site.

A court document filed in Michigan on behalf of Seth Piccolo, one of those convicted of participating in the group, says after Argos had obtained the IP addresses of some members, it shut down the site and provided Piccolo's name to the FBI.

In July, Piccolo was jailed for five months for his participation in the group.

Another court document related to the case of another member of the child pornography ring claims the FBI received the IP addresses of more than 30 users based in the US.

According to the report, a third court document suggests that the IP addresses were obtained by means of sending links to external websites to members and noting their IP addresses when they visited those links which also contained child pornography.

The files that they linked to were set up in such a way that they routed the user's traffic outside the Tor network, the report said.

It said it was unclear as to where Task Force Argos obtained a warrant or whether one was sought to obtain the IP addresses that were turned over to the FBI.

Asked for an opinion about the legality of what had been done by Taskforce Argos, Melbourne-based barrister and Australian Lawyers Alliance spokesman Greg Barns said Australian police forces could not simply wander around the globe offering to assist their colleagues in other jurisdictions.

Barns added: "While they have power to hand over information to foreign law enforcement in some cases, the way they came across that information is the issue."

More in this category: « Palo Alto says ditch the antivirus approach Most Android phones 'vulnerable to Linux TCP flaw' »
Share News tips for the iTWire Journalists? Your tip will be anonymous