Qld drivers protected from licence fraud, but other states lag 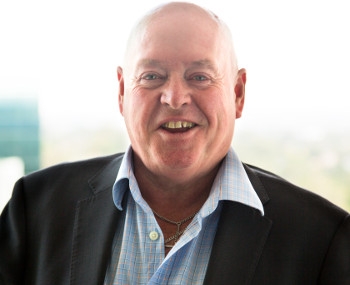 Stephen Pratt: "For less than the cost of a cup of coffee, you could protect every drivers' licence and passport in the country," Supplied

Fraudulent drivers' licences are often used in committing crimes, but only one state, Queensland, has taken up the use of security technology that can prevent counterfeiting of this form of ID.

Stephen Pratt, the A/NZ managing director of Leonhard Kurz Australia, a company that sells proprietary technology for preventing the counterfeiting of licences, told iTWire he was at a loss to understand why the other states and territories had not followed Queensland's lead.

Since 2012, there have been no confirmed licence counterfeit instances in Queensland.

The Australian Federal Police is on the record as saying that such fraud costs taxpayers $15 billion annually. And in 2016, IDCARE, the country's national identity and cyber support service, reported that fraudulent driver’s licences were found to have been used in about 25% of the ID crime incidents reported to it that year.

The technology that Leonhard Kurz uses to prevent drivers' licences from being imitated is called a Kinegram and was developed in Switzerland by Landis & Gyr in Zug. They created a spin-off company OVD Kinegram to market the new technology.

Its first application was the Saudi Arabian passport in 1985 and the first banknote on which it was used was the Austrian 5000 schilling note a couple of years later. OVD Kinegram was acquired by the Kurz Group in 1999.

Pratt said the Kinegram was a "proprietary foil-based Optical Variable Device used to secure and protect government documents including drivers' licences, passports and banknotes (including Australia’s), in more than 120 countries". 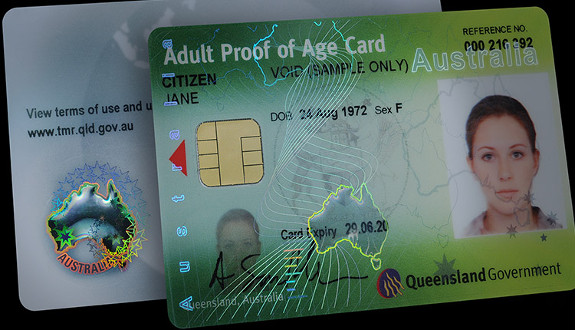 Leonhard Kurz is a German company that has been in business since 1899. It has its Australian head office in Sydney with branches in Melbourne and Adelaide.

"The distinguishing characteristic of the Kinegram is movement – kine in Greek means to move – movement of light, colour or shine (reflectiveness) across a given design," Pratt said in response to queries.

"The optically variable elements are fully transparent and can be lines or images, rainbow coloured or matt, changing to and from a variety of colours, or be seemingly three dimensional and on a passport or licence can even be transparent replicas of the main portrait photograph.

"The possibilities for designers are virtually endless; the effects are spectacular and result from the application of optical science, married to advanced foil technology."

"It secures all of the new generation banknotes ($5, $10, issued, $50 to be issued in August), Queensland drivers' licences and proof of identity cards and is also used by the Army and Human Services for secure identity cards."

He questioned why, given the success of the solution both in Australia and abroad, and the massive ongoing costs associated with physical identity theft and fraud to the taxpayer, other regions of the country were not following Queensland's lead.

"What are the state and federal governments doing to protect our physical identities? For less than the cost of a cup of coffee, you could protect every drivers' licence and passport in the country," he said.

Pratt said his company was not bashful about marketing efforts to sell the technology for these purposes. He said the only reason that was advanced was that any solution to prevent ID fraud should cost less than the ID documents that were already being used.

But when the cost of ID crime was added up, it really made no sense to hold off, he added.