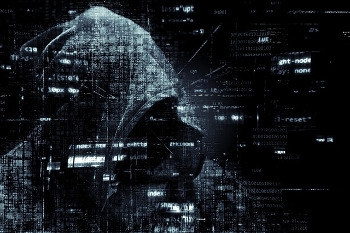 The data breach at human resources outfit PageUp People has resulted in the leaking of names, street addresses, email addresses and telephone numbers among others, the company has said in an update on Tuesday.

Additionally, some employee usernames and passwords may have been accessed, PageUp People chief executive Karen Cariss said, adding that it had used hashing and salting to protect these credentials.

While the company said in its initial announcement that the breach was due to a malware infection, a statement on Tuesday said: "Advanced methods were used to gain unauthorised access to PageUp’s IT systems in Australia, Singapore and the UK."

This indicates that the breach may have gone deeper into company systems than originally indicated.

The breach was noticed on 23 May and five days later investigations showed that client data may have been compromised.

PageUp People's website is hosted by Amazon and appears to run on Microsoft' IIS Web server. There have been many cases where data was left unsecured in AWS buckets and leaked as a result.

Commenting on the breach, Bede Hackney, Country Manager ANZ of security firm Tenable, said: “This incident impacting PageUp is a timely reminder of the widespread impact that a single cyber attack can have on multiple businesses.

"As the modern attack surface continues to expand, it’s critical for businesses to have complete visibility across their environments to ensure they can identify new threats and vulnerabilities."

William Tam, director, Sales Engineering, APAC for Forcepoint, said: "The significance of this breach cannot be understated. While it’s not the largest breach in recent history, the affected countries span multiple regions, many with their own unique levels of regulatory requirements.

"Given this is the first major breach to happen after the launch of the GDPR, it will be the first example of how action will be taken by the EU. With an investigation now launched, how the Europe Data Protection Board participate in the investigation will be watched closely by many around the world, including the regulatory authorities outside the EU that make up the remainder of the 190 impacted countries (in Australia for example)."

Ashley Watkins, country director, for Trend Micro ANZ, said: “News that PageUp have launched an investigation following a potential data breach reminds us that Australian organisations – no matter how big or small – are operating in a new era of cyber requirements.

Historically many companies have taken a complacent approach to data security, but this is starting to change since the introduction of the Notifiable Data Breach legislation earlier this year. The unfortunate reality is that data breaches do happen, so it’s paramount that organisations pay close attention to their disclosure processes and prioritise transparency with their customers."

Matthew Brazier, regional director ANZ, CyberArk, said: "There are real benefits to instituting more robust security practices, above and beyond the avoidance of fiscal penalties following the introduction of the Notifiable Data Breaches scheme and GDPR. Organisations that take proper care of individuals’ data will experience benefits to their brands and a greater level of customer trust."

More in this category: « Are you doing passwords properly? NSA could have access to data on Microsoft-owned GitHub »
Share News tips for the iTWire Journalists? Your tip will be anonymous