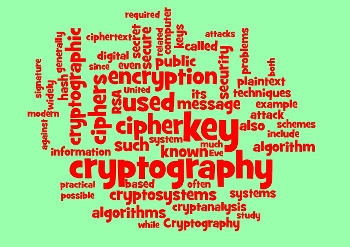 The OpenSSL project has released a patch for a bug in the software that it has classified as being of "high severity".

Describing the vulnerability, the OpenSSL project wrote: "During a renegotiation handshake if the Encrypt-Then-Mac extension is negotiated where it was not in the original handshake (or vice-versa) then this can cause OpenSSL to crash (dependent on ciphersuite). Both clients and servers are affected."

It advised users to upgrade to version 1.1.0e, adding that the issue did not affect version 1.0.2.

The bug was reported by Red Hat's Joe Orton on 31 January. The fix was developed by the OpenSSL team's Matt Caswell.

OpenSSL is a cryptographic library that enables SSL (Secure Sockets Layer) or TLS (Transport Security Layer) encryption. It is used in applications that need secure communications to avoid eavesdropping or to make sure of the identity of the party at the other end.

I have encrypted the dog. pic.twitter.com/OVXQ4sO4vv

The library is released under the open-source Apache licence and there are versions for most Unices and UNIX-like operating systems. OpenVMS and Windows versions are also available and IBM has a port for System i (OS/400).

In 2014, OpenSSL was badly hit by a bug that came to be known as Heartbleed. Despite patches being released, there are still a sizeable number of systems that can be exploited using the vulnerability.

Following the Heartbleed episode, Theo de Raadt, leader of the OpenBSD project, announced that his project would clean up the code of OpenSSL and release it as LibreSSL. The first version was released in July 2014.

More in this category: « Zero-day flaw around, but Microsoft updates delayed by a month Sophisticated Mac malware 'aimed at select targets' »
Share News tips for the iTWire Journalists? Your tip will be anonymous