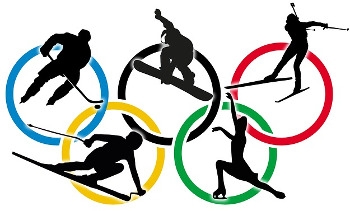 Researchers at Cisco's Talos Group say they are fairly sure that a cyber attack during the opening ceremony of the Winter Olympics on Friday, using Windows malware, was only aimed at disrupting proceedings and did not involve any data destruction or exfiltration.

Talos Group researchers Warren Mercer and Paul Rascagneres wrote that the malware which had disrupted proceedings — which they dubbed Olympic Destroyer — could not be attributed to any one country with absolute certainty.

The Guardian  reported that the attack resulted in Wi-Fi dropping out at the main Pyeonchang Olympic Stadium shortly before the opening ceremony, making it impossible for users to access information or print their tickets.

Television and Internet services were similarly affected and things returned to normal only after 12 hours.

The Guardian report said there had been concerns that the attack came from Russia, as a means of taking revenge for the fact that Russian athletes were banned from the games, because of state-sponsored doping at the previous games in Sochi, Russia, in 2014.

An official spokesperson, Sung Baik-you, made no comment on who was behind the attack, but said: “There was a cyber attack and the server was updated yesterday during the day and we have the cause of the problem.

“They know what happened and this is a usual thing during the Olympic Games. We are not going to reveal the source.

“We are taking secure operations and, in line with best practice, we’re not going to comment on the issue because it is an issue that we are dealing with,” he said.

“We wouldn’t start giving you the details of an investigation before it is coming to an end, particularly if it was on security which, at these games, is incredibly important.”

Mercer and Rascagneres said the samples they had analysed appeared to perform only destructive functionality.

"There does not appear to be any exfiltration of data. Analysis shows that actors are again favouring legitimate pieces of software as PsExec functionality is identified within the sample," they said.

"The destructive nature of this malware aims to render the machine unusable by deleting shadow copies, event logs and trying to use PsExec & WMI to further move through the environment. This is something we have witnessed previously with BadRabbit and Nyetya."

There was no comment from either the organisers or the researchers as to why such a big event had Windows computers facing the Internet and not behind a demilitarised zone.