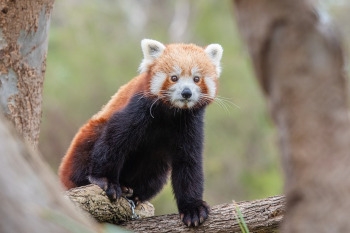 Image by pen_ash from Pixabay

An exploitation tool for Windows systems, used by an alleged Chinese hacking collective, uses a variant of an NSA exploit which was leaked online by a group known as the Shadow Brokers, the Israeli security company Check Point claims, adding that their findings suggested China and the US were in some kind of race to develop cyber exploits.

Researchers Mark Lechtik and Nadav Grossman said in first offered NSA exploits that the hacking group, known variously as APT3 and Gothic Panda, had based its exploitation tool, dubbed Bemstour, on an NSA exploit known as EternalRomance.

In May, the American security outfit Symantec said the same Chinese collective, to which it gave the name Buckeye, had been using the NSA exploits well before they were leaked by the Brokers.

Lechtik and Grossman said they had built on the Symantec research. "One of the key findings in their (Symantec) publication was that variants of the Equation (Group – a term used by Russian security firm Kaspersky to refer to the NSA) tools were used by the group prior to ‘The Shadow Brokers’ public leak in 2017," they wrote.

"Moreover, it seems that APT3 developed its own in-house capabilities and equipped its attack tool with a 0-day that targeted the Windows operating system."

The Check Point researchers concluded that APT3 developed their tool based on analysis and understanding of the vulnerability leveraged by EternalRomance.

Checkpoint clears some of the mystery surrounding APT3 with their awesome analysis of the Bemstour exploitation tool: pic.twitter.com/tHFsa2nBcT

"If network traffic was indeed used by the group as a reference, the traffic was likely collected from a machine controlled by APT3," Lechtik and Grossman said.

"This means either a Chinese machine that was targeted by the NSA and monitored by the group, or a machine compromised by the group beforehand on which foreign activity was noticed. We believe the former is more likely, and in that case could be made possible by capturing lateral movement within a victim network targeted by the Equation group."

Once the Chinese group had developed their exploit, they looked for a zero-day in order to ensure that multiple versions of Windows could be attacked. This suggested that APT3 had developed its own tool after analysis, Lechtik and Grossman said.

They reasoned that if the Chinese group had used the same exploit as that from the NSA, then there would have been no need to hunt for a zero-day as one was already present.

To date, there has been no indication as to the identity of the Brokers who first offered NSA exploits for sale in 2016, and later, finding no takers, dumped said exploits which included DoublePulsar, EternalBlue, EternalRomance and EternalSynergy.