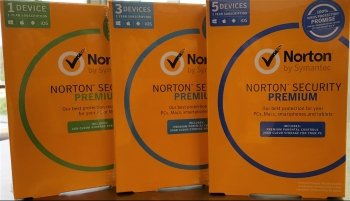 If you are confused at the difference between Norton Internet Security, Norton Antivirus, Norton 360, and Norton Family Premiere – the new Norton Security Premium bundles everything at a competitive price. 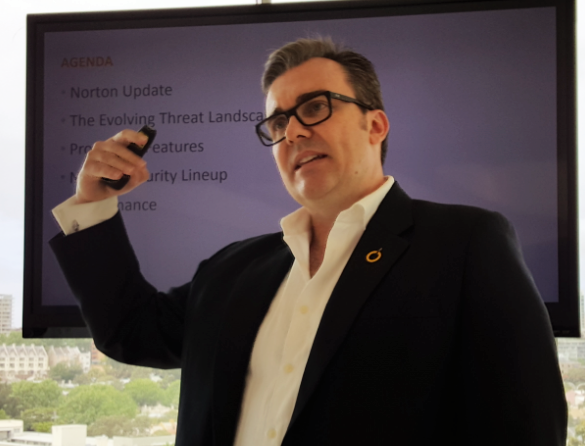 Mark Gorrie, Director, Norton by Symantec, Pacific Region, assured journalists at the launch that now Norton was a single ‘pure play’ company it could focus on what it does best – consumer and small business security. He should know – he has been with Symantec since 2002 and worked in almost all parts of Norton by Symantec.

It comes in three sizes – one device for A$59.99, three devices for $99.99 and five devices for $129.99. You can mix and match packs if you need more devices. Each pack supports a PC or Mac and the multi-licenses support Android smartphones and tablets. The is no Windows 10 Mobile support yet.

As many will remember, Norton has always been considered as having one of the most comprehensive coverages in the paid security market. It was also known as a resource hog that would slow down PCs. A complete rewrite commencing with the 360 version has reduced its memory and CPU usage to ‘negligible levels’.

It is now the world’s largest selling security suite and that means it has the world’s largest threat database coming directly from its users. The new version uses machine learning and big data to produce almost continuous cloud updates – Norton claims it will be first to stop new threats.

Mark said that Australia was number one in the global threat landscape and New Zealand number three. "We were fertile ground for crypto-locker ransomware – 64% of all attacks last year. The more people that pay, the more it happens.”

Norton’s answer is to include 2GB backup (one user) and 25GB backup (three and five users) in its secure cloud. “Put your important data, My Documents, and photos/music/videos there as a precaution against ransomware.

He added that phishing – a major email threat – was moving to social media where shared links could infect your device. This was equally applicable to Android as Mac and Windows. “Breaches have increased 23% in a year,” Mark said.

Mobile malware was a major growth area. “Of 8.2M apps [in 111 app stores] analysed 27% (2.2M) are malware and 43% are greyware. These are usually free apps and it continues to amaze me how many people are willing to give up personal data in return,” Mark said. It is safer to use Google Play app store but even it has its share of issues. Greyware is defined as containing ad/mal/spam/PUP capabilities.

Note that there is no iOS version as Apple will not allow antivirus companies access to its kernel to develop protection. Apple’s iOS is not safe - as two recent vulnerabilities XcodeGhost - and YiSpecter - have proven this.

Another security issue was PUPs – potentially unwanted programs. While some may be benign, the great majority have too much access to too many things – why would a flashlight app need access to a camera, microphone, contacts, email and more.

Norton normally catches zero-day vulnerabilities (ZDV) – things that cyber-criminals exploit - before the operating system manufacturer can develop patches - usually within 24 hours of discovery. “ZDV’s are increasingly being found as hackers develop more skills and use advanced tools to find and exploit them. There have been 47 new ZDV’s over the past two years that could crippled PCs, Macs, and Android – that’s on top of hundreds of thousands of versions of malware,” Mark said.

“Today’s modern cyber-criminal is using a layered approach to deliver attacks – it's payload will attack the firewall, AV software, hijack web browsers, and much more. Traditional virus definition protection does not work,” he said.

Norton Security has been beefed up to cover virus, spyware, detect and remove PUPS, online threats, identity, and online transactions. It has a 100% money back guarantee if it fails to keep your devices virus free. The five-user version also includes Family Safety features to enable children to explore the internet more safely – and for parents to know what they are doing.

Mark had a gentle dig at some competitors, “Norton now has a 99.8% detection ratio – well above Bitdefender, McAfee, and Kaspersky – and let’s not talk about the free Microsoft Security essentials (which appeared to be below 20%).

New features include JAVA exploit protection – within hours of the vulnerability being discovered, more mobile protection, Heap Spray [memory monitoring] and SEHOP [structured exception handler overwrite protection] and the software being delivered as a service to keep it up to date. You can buy a boxed product at a retailer or download directly from its web site. As long as you pay the subscription you will have the latest version.

Current users of older products will have similar protection and be offered the opportunity to upgrade at subscription renewal.

Marks final message, “People trust Norton. We would not sell data, invade their privacy, or let them down.”

And wait there is more!

Jarryd Hayne has joined Norton as an online security ambassador. As footy tragics will know Jarryd left National Rugby League football to tough it out in the US American Football [Gridiron]. His style and expertise has won a legion of fans who worship number 38 jersey.

Jarryd presented a $123,000 cheque on behalf of Norton to its charity beyondblue. The funds will be used to strengthen and build beyondblue’s cyberbullying resources and point parent’s and young people towards information and support about how to identify and respond to cyberbullying.

He joins Tara Moss as a Norton Family ambassador.

More in this category: « CIOs losing confidence in Mac security: study Kaspersky says most cannot recognise a cyber-threat »
Share News tips for the iTWire Journalists? Your tip will be anonymous