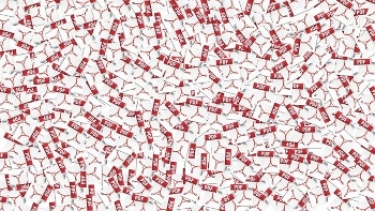 Image by Esa Riutta from Pixabay

A software firm that had its origins in Melbourne has suffered a data breach that it has described in a notice to the ASX as "an isolated security incident" but which cyber security provider Cyble has claimed is a massive leak that affects companies like Google, Microsoft, Apple, Chase and Citibank.

Nitro Software informed the ASX of the breach on 21 October. The company offers a service to create, edit and sign PDFs and digital documents. It claims to have more than 10,000 business clients and 1.8 million licensed users.

The website Bleeping Computer quoted the cyber security firm Cyble as saying a threat actor was selling the Nitro user and document databases, plus 1TB of documents, at a private auction, with the opening bid set at US$80,000 (A$112.237).

A Cyble spokesperson told iTWire in response to a query for comment: "Considering the scale and extent of the breach, this is one of the worst breaches Cyble has seen in the last few years.

"The cyber criminals were not only able to access sensitive account details on millions of users, but also the information related to shared documents as well.

Contacted for comment, a Nitro Software spokesperson said: "Nitro continues to investigate an isolated security incident involving limited access to a Nitro database by an unauthorised third party. The database does not contain user or customer documents, which are hosted in a separate database.

"There is currently no established evidence that any sensitive or financial data relating to customers has been compromised. There is no impact to Nitro Pro or Nitro Analytics.

"Usage of Nitro's popular free document conversion services does not require users to create and account or become a Nitro customer. Users are required to provide an email address and common email domains are frequently entered."

In its statement to the ASX, Nitro said the incident involved "limited access to a Nitro database by an unauthorised third party".

"The relevant database supports certain Nitro online services and has been used primarily for the storage of information connected with Nitro’s free online products. The database does not contain user or customer documents.

"Nitro's investigation into the incident remains ongoing. There is no evidence currently that any sensitive or financial data relating to customers has been impacted or that any information has been misused. Nitro has elevated its monitoring and security protocols and has not identified any further malicious activity connected to the incident.

"In line with its Incident Response plans, Nitro took immediate action following the incident and confirms that the Nitro IT environment is secure. Nitro has notified the applicable regulatory bodies and continues to work with cyber security specialists. Nitro will continue to comply with its notification obligations as it finalises its investigation.

"The incident has had no material impact on Nitro’s ongoing operations.

"Nitro does not anticipate a material financial impact to arise as a result of this incident and, as such, the incident is not expected to impact the Company’s prospectus forecast for FY2020."

Commenting on the incident, Pravin Rasiah, vice-president of Product at cloud management platform CloudSphere, said: “Companies entrusted with customer information have a responsibility to ensure their data stays secure and out of the hands of cyber criminals, who can use this exposed information to launch targeted attacks and gain access to other user accounts and resources.

"Without awareness or proactive action to maintain cloud security policies, it's more likely that malicious actors will target and exploit the system to compromise sensitive information.

"Businesses should invest in a comprehensive set of security tools that monitor and control security status in real time, minimising the potential attack surface and providing holistic observability into the cloud environment.”