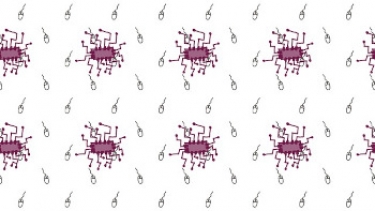 Image by chenspec from Pixabay

Information security expert Kevin Beaumont has continued highlighting the way in which Microsoft hosts ransomware on its own properties, pointing out that there are multiple threat actors using OneDrive in campaigns, with direct links to the platform.

With a touch of sarcasm, Beaumont added: "Was just talking to @ffforward, [another security professional] they made the point that Microsoft took legal action against Trickbot C2s as they said ISPs were too slow at dealing with abuse complaints...

"Maybe we can start a GoFundMe for Microsoft to take legal action against itself?"

In fairness to Microsoft they’re taken 3 Bazarloader sites offline (out of hundreds reported) after 5 days and a very public Twitter thread.

Trillions of signals, 8000 security staff and $10bn a year in security revenue, leads to hosting ransomware ops - might need some work. https://t.co/WbvOEVzQzy

As iTWire reported on Sunday, Beaumont raised the issue of Microsoft hosting malware on its own servers for years in a Twitter thread, saying: "Microsoft cannot advertise themselves as the security leader with 8000 security employees and trillions of signals if they cannot prevent their own Office365 platform being directly used to launch Conti ransomware. OneDrive abuse has been going on for years. Fix it."

Microsoft OneDrive is a file-hosting service and synchronisation service operated by the company as part of its Web version of Office, according to Wikipedia.

Beaumont was employed by Microsoft as a security threat analyst until he quit a few months back. He is well-known in the security community for his educated, incisive and informative comments about security incidents on Twitter and also his keen sense of humour.

In 2019, he christened a Microsoft vulnerability that was susceptible to a worm attack as Bluekeep, and the name has stuck.

Beaumont did not hold back as he continued to prosecute his case on Twitter.

In response to a tweet from a Swiss researcher, who posts under the handle @abuse.ch, he said: "In fairness to Microsoft they’re taken 3 Bazarloader sites offline (out of hundreds reported) after 5 days and a very public Twitter thread.

"Trillions of signals, 8000 security staff and $10bn a year in security revenue, leads to hosting ransomware ops - might need some work."

if this is going on next week and I'm still dealing with the fallout as a customer I'll get my video camera out and make a crowdfunding campaign video for DCU.