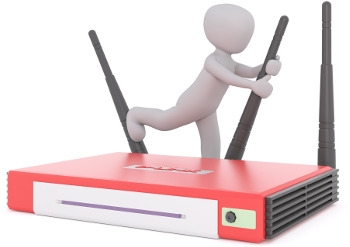 Close on the heels of news about flaws in the D-Link 850L wireless AC1200 dual-band gigabit routers, hardware security outfit Embedi has revealed details of three vulnerabilities in a number of other D-Link routers.

The company also released exploit code for all three vulnerabilities, putting this down to the way it claimed the company had responded when it was informed about the flaws.

Two of the vulnerabilities are related to the main CGI file that generates Web interface pages to control the router. The other flaw is in system recovery.

In one case, the Embedi researchers said it was possible to obtain the login and password of a router by making a single HTTP request.

A second case provided a root shell through an HTTP request due to a stack overflow caused by an execution error.

A third vulnerability gave an attacker root status when updating the firmware in recovery mode.

Security researcher Victor Gevers, who looks for vulnerable devices and reports them to the owners and ISPs, claimed to have found 428 of the vulnerable D-Link devices in Australia.

About 428 devices. The dots is only the top 10 countries in the world map view.
Here you see the geographical spread in Australia. pic.twitter.com/WAXE0glFN6

Embedi said it had first made contact with D-Link on 26 April and informed the company about two of the vulnerabilities. At that stage, the third bug was yet to be found by Embedi.

Two days later, Embedi says it was told by D-Link researchers that the vulnerabilities had already been patched in a beta version of the firmware.

However, Embedi says that when its researchers looked at the firmware on 3 May, they found that one of the vulnerabilities had not been fixed.

Between that time and 9 May, the Embedi team found the third vulnerability. After informing D-Link, Embedi asked whether progress had been made on fixing the two bugs about which D-Link had been notified.

"They answered that the very process of detecting, fixing and assessing a vulnerability takes some time," Embedi said.

On 1 June, Embedi says it notified CERT of the flaws. CERT's response was to advise Embedi to work with the vendor (D-Link) before public disclosure.

The next day, Embedi says it contacted D-Link and said that it would make the vulnerabilities public if there was no response from the company.

On 6 June, D-Link contacted Embedi and detailed its vulnerability response process. Another version of the beta firmware was also sent, in which the vulnerability in the CGI script was fixed. But the other two vulnerabilities were still not fixed.

Embedi says it then wrote to D-Link again about the unpatched vulnerabilities. It was told that D-Link's research and development unit was working on a solution.

Part of D-Link's response was: "Typically the cycle of fixes is a couple of weeks for beta you can validate. Once validated we will offer it to the public as a beta, then it will move on to long term QA as an RC to be released. A full release cycle will usually take up to 90 days."

Embedi waited until mid-August and then checked D-Link's website. But all it found was the same firmware which had unpatched vulnerabilities.

"So, the bottom line of our research is:

"D-Link has closed one of the detected vulnerabilities in the DIR890L router only, leaving other devices unsafe;

"Two other vulnerabilities were (and are still) ignored by the developer.

iTWire contacted D-Link on Thursday for its response which will be included here when it is received.

In January, D-Link was taken to court by the US Federal Trade Commission after it failed to act when notified about security flaws in its devices.

Update, 25 September: A D-Link spokesperson responded to iTWire's query, saying: "On 12 September, a news article reported vulnerabilities with D-Link routers DIR-890L, DIR-895L, and DIR-885L. D-Link immediately investigated the issues and endeavours to resolve them. A firmware update will be released on 4 October to address the reported issues."