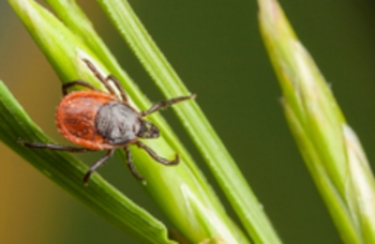 Two actively exploited zero-day vulnerabilities are among 55 flaws fixed by Microsoft in its monthly Patch Tuesday, with four other zero-days also being remedied.

Apart from the six zero-days, all other bugs were rated as important, the second highest ranking on Microsoft's threat index.

One of the bugs being exploited in the wild is in Microsoft Exchange Server and can lead to remote code execution. Exchange Server has been dogged by serious bugs for quite some time.

"Several notable vulnerabilities have been disclosed in Microsoft Exchange Server throughout 2021, starting with ProxyLogon and associated zero-days in March, later followed by ProxyShell," a blog post from the security firm Tenable said.

Fifteen of the bugs fixed could be used for remote code execution, the company's list of vulnerabilities shows.

The other actively exploited zero-day was a security feature bypass flaw in Microsoft Excel.

Satnam Narang, a staff research engineer at Tenable, said: "This month's release includes a fix for CVE-2021-42321, a critical remote code execution vulnerability in Microsoft Exchange Server due to issues with the validation of command-let (cmdlet) arguments.

"In order to exploit this flaw, an attacker would need to be authenticated, which limits some of the impact. Microsoft says they are aware of "limited targeted attacks" using this vulnerability in the wild.

"Microsoft Exchange Server has been the subject of several notable vulnerabilities throughout 2021, from ProxyLogon and associated vulnerabilities, as well as ProxyShell.

"Though unconfirmed, this may be similar to an Exchange Server vulnerability that was discovered at the Tianfu Cup hacking competition last month. We strongly encourage organisations to apply these patches as soon as possible.

"Microsoft also patched CVE-2021-42292, a security feature bypass vulnerability in Microsoft Excel. Microsoft's Security Threat Intelligence Center is credited with discovering this flaw, and they say that it was exploited in the wild as a zero-day.

"Microsoft says that the Outlook Preview Pane is not an attack vector for this vulnerability, so a target would need to open the file in order for exploitation to occur. Updates are primarily available for Windows systems, but updates for Office for Mac are not yet published."

Update, 11 November: Danny Kim, the principal architect at security firm Virsec, commented: "I think the CVE-2021-42298 vulnerability found in Microsoft Defender is the most concerning. With the Exploitability assessment of 'Exploitation more likely', the severity score and the repeatability of this attack, I think this CVE should be top of mind for all enterprises.

"Windows Defender runs on all supported versions of Windows. This vulnerability significantly increases the potential attack surface for organisations due to the popularity of Windows Defender. This CVE does require some user interaction; however, we have seen in the past how attackers can use social engineering/phishing emails to achieve such interaction fairly easily.

"CVE-2021-26443 is also a dangerous vulnerability that allows an attacker to escape a virtual machine and execute arbitrary code on the host itself. VMs are popular, especially among Windows users, as a way to deploy more than one Windows machine on the same physical host.

"This means the attacker can inflict damage not only on the VM he/she infiltrated, but all VMs running on that physical host. Gaining access and having the ability to run arbitrary code on a physical host is one of the deepest levels of infiltration an attacker can achieve."

More in this category: « Two men arrested over Windows ransomware in Romania: Europol Sophos 2022 Threat Report examines how ransomware is evolving »
Share News tips for the iTWire Journalists? Your tip will be anonymous