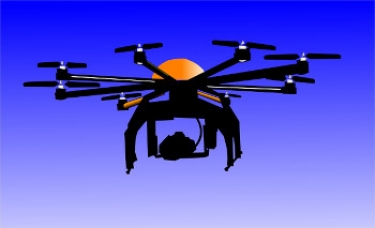 Software behemoth Microsoft has slipped under the radar while other companies like Facebook have been criticised for hate speech, but the Redmond firm is up to its neck in providing services to law enforcement based on its cloud and other platforms.

The website, The Intercept, said Microsoft's links to law enforcement agencies had been cleverly masked by the company, with its public response to the murder of George Floyd in Minneapolis only covering facial recognition software.

Reporter Michael Kwet said this focus had shifted attention from Microsoft's own mass surveillance platform. the Domain Awareness System, built for the New York Police Department but now being also used by Atlanta, Brazil and Singapore.

Apart from this, Microsoft had also provided cloud services for other makers of police surveillance software and was marketing platforms to link up police field operations using drones, robots and other services.

The Intercept said many small firms were being provided partnership, support and critical infrastructure by Microsoft to offer mass surveillance to law enforcement. One of these, Genetec, offered cloud-based CCTv and big data analytics in big US cities while Veritone sold facial recognition services.

Additionally, a wide range of smaller partners offered high-tech policing equipment for the Microsoft Advanced Patrol Platform, which turned police cars into surveillance patrols. All this business was done with Microsoft and hosted on the Azure Government Cloud.

In June, Microsoft workers sent a letter to chief executive Satya Nadella to cancel the law enforcement contracts, support the Black Lives Matter movement and support the defunding of police.

But, Kwet wrote, the company turned a blind eye to the employees' plea and banned sales of its own facial recognition software to US police, cleverly diverting attention from its other involvement in police surveillance. The strategy worked and Microsoft was hailed as a moral leader in the technology industry.

The report said the full extent of Microsoft's involvement in surveillance would never be known because partnerships and services hosting third-party vendors on Azure did not have to be made public.

When the company was approached for comment by The Intercept, it did not respond.

The report goes into exhaustive detail about the role played by the software giant in various services and is well worth a read.