Microsoft hit by 20th zero-day attack this year, no patch for flaw yet Featured 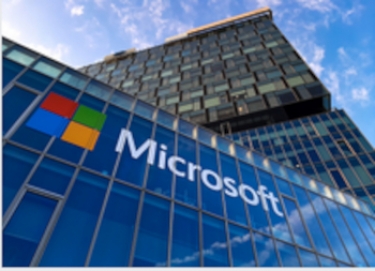 Microsoft has revealed details of another zero-day attack on its Office software, releasing an advisory prior to issuing a patch for the flaw.

"Microsoft is investigating reports of a remote code execution vulnerability in MSHTML that affects Microsoft Windows," the company said in the advisory issued on Tuesday US time.

"Microsoft is aware of targeted attacks that attempt to exploit this vulnerability by using specially-crafted Microsoft Office documents."

Veteran security reporter Ryan Naraine said of 62 zero-days this year, 20 had targeted Microsoft's products. "This is the 62nd confirmed zero-day attack documented so far in 2021," he wrote. "According to data tracked by SecurityWeek, 20 of the 62 zero-days targeted code from Microsoft."

The advisory said: "An attacker could craft a malicious ActiveX control to be used by a Microsoft Office document that hosts the browser rendering engine. The attacker would then have to convince the user to open the malicious document.

"Users whose accounts are configured to have fewer user rights on the system could be less impacted than users who operate with administrative user rights."

"Users whose accounts are configured to have fewer user rights on the system could be less impacted than users who operate with administrative user rights."

That's a really gentle and non-alarming way of saying, "Users with admin rights are heavily impacted."

The default account on any Windows installation always has full admin rights as this is the way the system is set up.

The advisory continued: "Microsoft Defender Antivirus and Microsoft Defender for Endpoint both provide detection and protections for the known vulnerability. Customers should keep anti=malware products up to date.

"Customers who utilise automatic updates do not need to take additional action. Enterprise customers who manage updates should select the detection build 1.349.22.0 or newer and deploy it across their environments. Microsoft Defender for Endpoint alerts will be displayed as: 'Suspicious Cpl File Execution'."

Microsoft said that there was no patch available at the moment to fix the issue, adding "Upon completion of this investigation, Microsoft will take the appropriate action to help protect our customers. This may include providing a security update through our monthly release process or providing an out-of-cycle security update, depending on customer needs."

To contextualise this, Protected View also protects against macros.. which are the single biggest source of malware in the security industry, as “Enable Content” in the UI disables it.

Application Guard for Office is an E5 only feature and isn’t used to open docs by default. pic.twitter.com/IiaCic9EWJ

As mitigation, the company said: "Disabling the installation of all ActiveX controls in Internet Explorer mitigates this attack. This can be accomplished for all sites by updating the registry. Previously-installed ActiveX controls will continue to run, but do not expose this vulnerability."

An additional mitigation, it said, was that, "by default, Microsoft Office opens documents from the Internet in Protected View or Application Guard for Office both of which prevent the current attack."

But as British infosec expert Kevin Beaumont pointed out in a tweet: "To contextualise this, Protected View also protects against macros.. which are the single biggest source of malware in the security industry, as 'Enable Content' in the UI disables it.

"Application Guard for Office is an E5 only feature and isn’t used to open docs by default."