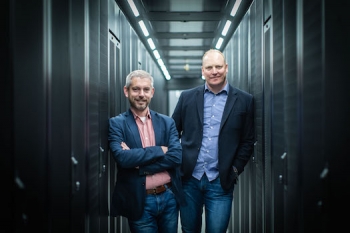 Currently, Microsoft’s Azure cloud platform has two Australian regions, Sydney and Melbourne. Azure operates from multiple data centres across these regions. Over the three years since they opened, they have serviced Microsoft customers across federal government and enterprise, as well as a broad range of consumers, partners and New Zealand customers.

The two regions — known as Australia Central 1 and Australia Central 2 — are housed in Canberra, within data centres owned and operated by Canberra Data Centres, or CDC. However, while these two regions are still fully part of Azure and capable of implementing Azure features as expected, they are very different in their target and focus. They have been designed for a different, and specialised, set of requirements.

“The most sensitive parts of government, along with sectors of national critical infrastructure such as healthcare, utilities, banks, transport, energy and telecommunications, have been using Azure,” Kavanagh says, “but provided feedback what they desired was a place where they could modernise infrastructure while meeting security and regulatory requirements, enabled to focus on mission critical applications," said Kavanagh.

Australia Central 1 and 2 is that place, the "mission-critical cloud", focusing on mission-critical workloads and applications, and importantly, designed for and restricted to only those segments.

The two new regions focus on the most demanding requirements, says Greg Boorer, chief executive of CDC. They are devoted to national and critical infrastructure, "and this is why Microsoft selected CDC’s unique characteristics".

The move makes Microsoft the only global provider with four regions within Australia, across Sydney, Melbourne and Canberra. “Our customers can choose very high levels of resilience in any one of four regions and this is fundamental for government and critical industry,” Kavanagh states.

Specifically, the two data centres — Australia Central 1 and 2 respectively — are geographically located close enough to provide dark fibre clustering and active/active replication, while being sufficiently far apart that any localised external event cannot disrupt both centres at the same time.

CDC delivers high security and assurance boundaries than traditional data centres, with staff and the facilities alike all cleared to secret level, and the organisation owned by an Australian entity and assuring Australian ownership.

Security is only part of the CDC story; many of its customers have a requirement to modernise infrastructure and applications on their own timeframe. To facilitate this, CDC offers flexible co-location facilities with space, power and cooling, allowing customers to house their most sensitive applications on their own infrastructure within CDC’s environment. The customers can modernise their application over time while being directly connected to Azure within the same facilities.

Such co-location, bridging customer equipment with Azure is unprecedented for regular public cloud offerings. It is not something that is easily achieved with any global cloud provider. This is claimed to be highly unique and demonstrate the remarkable characteristics of Microsoft’s partnership with CDC, and the commitment of both to providing a truly secure mission-critical environment for applications of national security and critical interest.

CDC can provide other interesting connectivity options, Boorer states. It can provide direct connectivity for government departments over the federal government network, extending Canberra customers' reach to servers in Sydney, Melbourne and globally.

What makes the CDC difference, Boorer says, is its data centres come from a different design perspective than the traditional data centre. “What we see across the commercial data centre landscape is often a lot of commercial facilities are built to a budget or price point to achieve a low price per compute for the clients,” he says.

However, CDC “has been servicing government for a decade. Government has very mature standards and expectations around physical security. All our facilities are built to top secret standards, can receive top secret infrastructure anytime, and are the only data centres in Australia certified and accredited by government to operate as secret buildings,” he says.

CDC does not divulge details on its security, but Boorer states a 20-tonne truck heading towards the facilities at 100km/hour would be unable to breach the gate. Similarly, unauthorised visitors to the site are unable to enter.

The 100% uptime guarantee mentioned above is genuine; “commercial data centres may guarantee 99.8% for a tier 3 or tier 4 operation,” Boorer states, “but we guarantee 100% uptime. That’s the level of resilience we offer, and that’s per location. Put both sites together and you have something far more special than what has been available in Australia ever before.”

Specification-wise, CDC has implemented complete compliance with the Security and Construction Equipment Committee zone 4 within zone 4. This is a building standard designed for top secret classification. “No other data centres offer this in Australia,” Boorer says, which is why Microsoft has chosen to deploy Azure with CDC.

Clarifying who may use the new Azure regions, Kavanagh states government is hugely aware of national security and the importance of data and systems in the cloud and their impact on national critical infrastructure, and by extension national security. This critical infrastructure extends beyond government itself, covering the string of industries which, if disrupted, would be as critical to national interest as if they happened to government systems. It is these organisations which will also be invited to work with the Central Australia 1 and 2 Azure regions.

“It allows critical industry participants to host modern systems, and co-locate old-world legacy systems next to new-world Microsoft platforms, creating what I call transformational runway from old to new, de-duplicating costs and removing risks, all without any jeopardy whatsoever on security sand resilience,” Boorer states.

An Azure customer eligible to use these new regions will work with them with the same tools and ease they would other regions, albeit with specialised SLAs. Consequently there is a premium price over other Azure regions, but these regions are for a very specific purpose, namely focusing mission-critical workloads. “The people we have spoken to are incredibly excited as this is a unique offering in the market, and not of small value - both to stakeholders of the company, and to the health and well being of Australia itself,” Kavanagh said.

Examples of critical national infrastructure supported by Microsoft Azure include