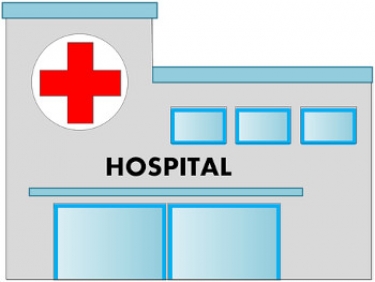 The ransomware used in an attack on Duesseldorf University Clinic last week, which led to the death of a woman, appears to be Maze, security sources have told iTWire.

The woman sought treatment for a life-threatening condition, but could not be treated because the ransomware attack meant the hospital could not operate normally.

She was forced to go to another hospital about 20 miles away. The one-hour delay in being treated killed her.

AP said a report from the justice minister of North Rhine-Westphalia state, claimed about 30 servers in the hospital were hit in the attack. A message was left for the Heinrich Heine University, to which the hospital is affiliated, to make contact with the criminals behind the attack.

Police managed to contact the attackers and informed them that the attack had affected a hospital. The attackers then provided an decryption key, after which they could not be contacted.

The security sources said the attackers were reported to have used CVE-2019-19781, a flaw in the Citrix application delivery controller, to gain access, adding that this particular vulnerability was commonly used by four ransomware groups: Ragnar Locker (aka Ragnarok), Nefilim, REvil and Maze.

Given the paucity of information, the sources said it was difficult to narrow things down but there were indications that Maze was ransomware used.

To come to this conclusion, the sources pointed out the following: 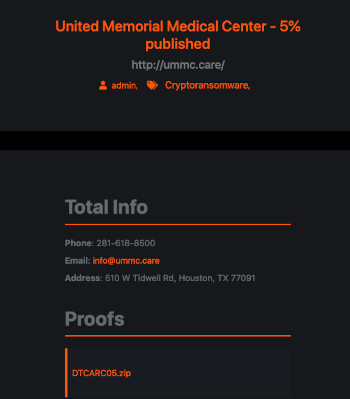 As an example, the sources provided the screenshot seen on the right.

"So, playing the odds and based on the groups' past methodologies and victim profiles, Maze is a very likely candidate," they concluded.

Contacted for comment, iTWire's regular commentator on ransomware issues, Brett Callow, said: "Ransomware attacks on hospitals may result in a loss of life. That's obvious. The only surprise is that a tragedy such as this didn't happen much sooner, especially given the number of attacks on the health sector in recent years.

"In this particular case, it appears the cockwombles believed they were hitting a university rather than a hospital, and supplied a decryption key at no cost when the police advised them of their error. A number of groups make similar promises – Clop, for example, say this, 'We have never attacked hospitals, orphanages, nursing homes, charitable foundations, and we will not. Commercial pharmaceutical organisations are not eligible for this list; they are the only ones who benefit from the current pandemic. If an attack mistakenly occurs on one of the foregoing organisations, we will provide the decryptor for free, apologise and help fix the vulnerabilities'.

"So, they'll even say they're sorry! What absolutely great guys! The only problem is, even if the crims kindly supply a key at no cost, recovering systems after an attack is not quick, and that means there's a window of time during which people may die."

Callow, who work for the New Zealand-headquartered security shop Emsisoft, added: "Many ransomware groups like to present themselves as Robin Hood-like who redistribute the wealth unfairly possessed by corporations. They're not. They are conscienceless criminal scumbags and every attack they carry out has the potential to significantly affect people's lives in one way or another."