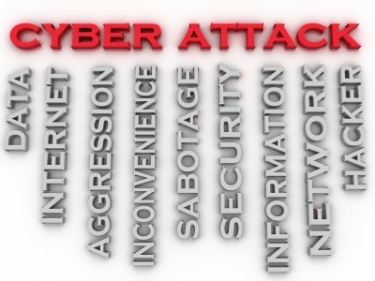 Malware campaigns equipped with the capability to exploit powerful, hidden backdoors are becoming commoditised, according to one security firm which says that research reveals that several high-profile hacker campaigns are integrating the misuse of SSH machine identities capabilities into their attacks.

Researchers from machine identity protection provider Venafi have warned that now any attacker with access to the dark web can gain access to the same techniques that took down the Ukrainian power grid against every business and government agency.

According to Venafi, Malware can target common SSH machine identities used to access and automate Windows, Linux and MacOS in the enterprise and out to the cloud, and these gangs can potentially monetise their victims further by selling these SSH backdoors to high profile or high value machines in the underground to nation-state affiliated Advanced Persistent Threat (APT) groups.

“This makes them highly valuable to attackers. A single SSH key can be used to gain undetected root access to critical systems and data, enabling an attacker to do anything from circumventing security controls to injecting fraudulent data, subverting encryption software, or installing persistent malware,” warns Venafi.

Venafi lists some examples of successful malware campaigns that leveraged SSH machine identities from 2019 including:

“But until recently, only the most sophisticated, well-financed hacking groups had this kind of capability. Now, we’re seeing a ‘trickle-down’ effect, where SSH capabilities are becoming commoditised.

“What makes this “commoditisation” so worrying is that if an attacker is able to backdoor a potentially interesting target, they may monetise this access and sell it through dedicated channels to more sophisticated and sponsored attackers, such as nation state threats for the purpose of cyberespionage or cyberwarfare.

“We have seen this with the TrickBot cybercrime gang which was found to be selling a ‘bot-as-a-service’, together with a full toolset, to North-Korean-sponsored group Lazarus for both monetization and cyberespionage.”

Blachman said “SSH keys can dramatically increase attackers’ ability to cause harm, so any malware that allows them to leverage SSH capabilities should be a real concern to organizations.”

“As these capabilities become increasingly accessible, it’s vital that organisations get their houses in order. The only way to defend against these attacks is to have visibility and intelligence on how SSH machine identities are being used, so that malicious actors can be detected faster. To do this, organisations must improve Machine Identity Protection for SSH keys and equip themselves to take complete control over every single SSH machine identity they rely on in order to identify signs of compromise,” Blachman concluded.