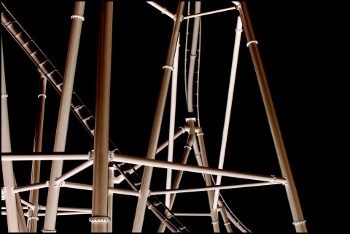 Malicious attackers have launched a campaign aimed at the Apache Struts Web framework, and are using NSA exploits leaked by the Shadow Brokers to spread laterally on internal networks after compromising a system.

Researchers Maxim Zavodchik and Liron Segal of security firm F5 said they had dubbed the campaign Zealot based on the name of the zip file that contained the python scripts and the two NSA exploits, EternalBlue and EternalSynergy. These exploits were leaked by a group known as the Shadow Brokers.

The campaign targets both Windows and Linux systems and is claimed to be a sophisticated, highly obfuscated and multi-stage attack. Servers that are vulnerable to CVE-2071-5638 — an Apache Struts Jakarta Multipart Parser attack — and CVE-2017-9822 — a DotNetNuke content management system vulnerability — are coming under attack.

At present, Zealot uses the computing power of an infected system to mine the digital currency monero.

Hosts are scanned and two HTTP requests are then sent to the target. Payloads for both Windows and Linux are included. If the server is found to be vulnerable, then Zealot will run Java code to determine the operating system.

On a Linux system, shell commands are run in the background to fetch a script named larva which will then fetch a file called mule that is digital mining malware.

"If the detected OS is Windows, the STRUTS payload will run a PowerShell interpreter in a hidden mode, which will run a base64 encoded code. Once decoded two times, the result is another obfuscated script. Once de-obfuscated, it reveals a URL to another file to be downloaded from another domain," Zavodchik and Segal wrote.

The downloaded file is an even more heavily obfuscated PowerShell script “scv.ps1”. This deployer then downloads miner malware and runs it. It will then download the same malware as a DLL and use the reflective DLL injection technique to inject the malware into the PowerShell process for more stealth.

The malware then scans the internal network and uses the NSA exploits to spread laterally.

The two researchers said Zealot seemed to be the first Struts campaign using NSA exploits to propagate inside internal networks.

"There were other malware campaigns like NotPetya and WannaCry ransomware, and also the Adylkuzz cryptominer launching attacks by directly scanning the Internet for SMBs to exploit with the NSA tools the ShadowBrokers released," they said.

"The level of sophistication we are currently observing in the Zealot campaign is leading us to believe that the campaign was developed and is being run by threat actors several levels above common bot herders."

More in this category: « Ars Technica's Goodin sued by security firm Romanians arrested for spreading Windows ransomware »
Share News tips for the iTWire Journalists? Your tip will be anonymous