macOS 10.12.2 lands with a shipload of security fixes 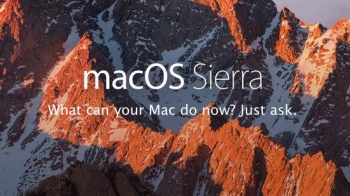 In terms of its security content, maOS Sierra 10.12.2 is a monster. And there are more fixes for associated software.

Following yesterday's set of updates for its mobile devices, Apple has released an extensive set of patches for its Mac software, including a new version of macOS Sierra:

A new version of PHP addresses seven vulnerabilities that could cause an unexpected application termination or arbitrary code execution.

Similarly, a new version of curl addresses 16 vulnerabilities that could allow n attacker in a privileged network position to access sensitive user information.

AppleGraphicsPowerManagement addresses an opening for a system denial of service.

A permissions issue in Assets has been addressed.

Updates to the Bluetooth software address multiple issues that could be exploited to execute arbitrary code or cause a denial of service condition.

An improvement to the way libarchive handles symlinks removes an opportunity for an attacker to overwrite existing files.

In related news, Apple also released Safari 10.0.2 for Yosemite, El Capitan and Sierra, and iTunes 12.5.4, both of which include multiple security fixes for issues that in some cases could allow arbitrary code execution. The Transporter component of iTunes Producer has been updated to prevent disclosure of user information.

All are available via the normal software update process.

More in this category: « UMA proving successful in New Zealand PoC Yahoo! discloses second hack, of 1 billion accounts »
Share News tips for the iTWire Journalists? Your tip will be anonymous