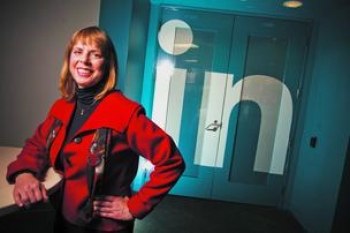 LinkedIn has launched legal action in the US, pressuring the US government to grant it permission to reveal how many data requests it has received from the National Security Agency (NSA).

The company has joined Facebook, Google, Yahoo and Microsoft who have all taken similar action, all trying to avoid the scandal related to the NSA's use of user data.

LinkedIn said in a statement it’s committed to earning and keeping member trust, and that's what led to the court action.

“We scrutinise and evaluate every request, and only provide data when we believe we’re legally required to, or in emergency situations,” says Erika Rottenberg, Vice President of LinkedIn.

“We also take steps to let members know before turning over their data, unless we’re legally prohibited to do so or the request is an emergency.

“Our goal is to be as open as possible about government requests for member data.”

LinkedIn is estimated to have about three million monthly users in Australia, and the company said it received just one request about one account from Australian government agents in the first six months of 2013, which it refused.

The company globally received 83 requests for data relating to 97 accounts, 47% of which were granted.

The vast majority of the requests were made by the US.

Since 2011, the networking website has published the Transparency Report every six months, telling members how many requests for member data they receive from governments around the world, the number of member accounts impacted and the percentage of requests we respond to.

“Today, we’re publishing our Transparency Report for the first 6 months of 2013,” Rottenbeg said..

The Transparency Report doesn’t include requests related to US national security-related matters.

“This is because the US government prohibits us from doing so,” Rottenberg said.

“We believe our members and the LinkedIn community deserve to know this information, especially in light of recent revelations about the nature of US government surveillance.

“We’ve been in discussions with the US government for months in an effort to convince them to allow us to release these numbers as part of our Transparency Report and these discussions recently reached an impasse.

“Despite our best efforts, we are still prohibited from sharing information about national security-related requests in a way that’s meaningful to our members and community.

“So we’re left with no choice but to file legal challenges to the US government’s position.”

More in this category: « 'Don't get scammed' says Woolies Warning: Aussie SMBs most at threat from cyber attacks »
Share News tips for the iTWire Journalists? Your tip will be anonymous