Leaked Facebook data shows the Zuck is on Signal as well! Featured 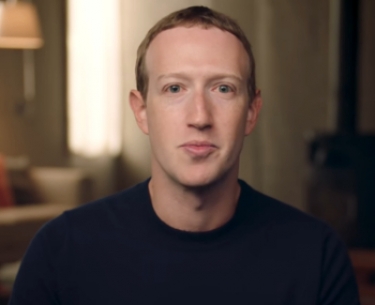 Leaked data from Facebook shows that the company's founder, Mark Zuckerberg, uses the end-to-end encrypted messaging app Signal, according to a report in the Indian news magazine, India Today.

Security researcher Dave Walker tweeted out the fact that Zuckerberg was using Signal, writing on 4 April: "In another turn of events, Mark Zuckerberg also respects his own privacy, by using a chat app that has end-to-end encryption and isn't owned by @facebook."

In another turn of events, Mark Zuckerberg also respects his own privacy, by using a chat app that has end-to-end encryption and isn't owned by @facebook

And he added: "Regarding the #FacebookLeak, of the 533M people in the leak – the irony is that Mark Zuckerberg is regrettably included in the leak as well.

"If journalists are struggling to get a statement from @facebook, maybe just give him a call, from the tel in the leak?"

He was careful to black out the number in a screenshot he posted along with the tweet.

Good call. He is. pic.twitter.com/X4bn0Xh96P

The people the Signal app saw a good marketing opportunity and put out a tweet, in which they said: "With the May 15th WhatsApp Terms of Service acceptance deadline fast approaching, Mark leads by example."

With the May 15th WhatsApp Terms of Service acceptance deadline fast approaching, Mark leads by example:https://t.co/Mt5YksaAxL

The mention of 15 May refers to privacy changes in WhatsApp that WhatsApp had said it would introduce during the third week of January.

The changes will mean that communications with businesses by WhatsApp users — whether by email, phone or WhatsApp itself — will be visible to the application.

That information may then be used for marketing purposes, including advertising on Facebook, according to an early FAQ.

After a backlash from users, many of whom switched to Signal and Telegram, Facebook said it would be delaying the change.

A later FAQ said: "To give you enough time to review changes at your own pace and convenience, we’ve extended the effective date to 15 May.

"If you haven’t accepted by then, WhatsApp will not delete your account. However, you won't have full functionality of WhatsApp until you accept.

"For a short time, you'll be able to receive calls and notifications, but won't be able to read or send messages from the app."

The company did not define what "a short time" was. Neither did it say what would happen after this "short time".

It offered the following options for users: "You can still accept the updates after 15 May. Our policy related to inactive users will apply."

The policy for inactive users is that accounts are deleted after 120 days of inactivity, with inactivity being defined as the user not connecting to WhatsApp.

"Before 15 May, you can export your chat history on Android or iPhone, and download a report of your account," the FAQ continued.

"If you’d like to delete your account on Android, iPhone, or KaiOS, we hope you reconsider. It is something we cannot reverse as it erases your message history, removes you from all of your WhatsApp groups, and deletes your WhatsApp back-ups."

The Signal app offers end-to-end encryption and its development is led by respected cryptographer Moxie Marlinspike.

One of the people behind WhatsApp, Brian Acton, has helped set up a non-profit foundation to develop Signal and make private communication accessible and ubiquitous.

Marlinspike said in a blog post in February 2018 that the Signal Foundation had been created by Brian Acton, the co-founder of WhatsApp which was bought by Facebook.

Acton left WhatsApp and Facebook in 2017 and Marlinspike said he had been "thinking about how to best focus his future time and energy on building nonprofit technology for public good".

He said Signal had been started with the vision that private communication could be simple, at a time when "the industry consensus was largely that encryption and cryptography would remain unusable".