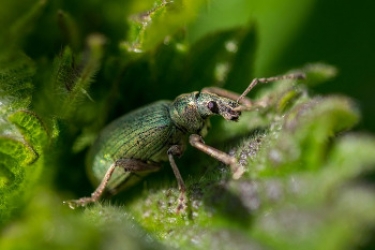 Global security firm Kaspersky has revealed that targeted attacks against a number of companies, which it noticed in April, initially used a vulnerability in Google's Chrome browser and then linked this to two zero-days in the Microsoft Windows 10 kernel.

Researchers Costin Raiu, Boris Larin and Alexey Kulaev said in a detailed blog post that they had been unable to find the exploit used for remotely exploiting Chrome.

This is not surprising as Google's Project Zero team has rarely revealed full details about zero-days in its own products.

The Kaspersky trio said the two Windows zero-days had been in the operating system since the days of Windows Vista, which means they have been there for more than 14 years.

Patches for both were issued on Tuesday by Microsoft, along with patches for another five zero-days, four of which have been reported as being exploited in the wild.

Additionally, Microsoft issued patches for some 50 other flaws in its various products.

Despite being unable to zero in on the Chrome vulnerability, the Kaspersky researchers said they suspected the flaw used had been demonstrated at the Pwn2Own hacking competition in April.

The bug was used by Bruno Keith and Niklas Baumstark of Dataflow Security to target Chrome and Edge in the Web browser category.

The pair used a Typer Mismatch bug to exploit the Chrome renderer and Microsoft Edge, using the same exploit for both browsers as they both use the same JavaScript engine.

Satnam Narang, staff research engineer at security shop Tenable, said: Microsoft had addressed 49 CVEs, five of which were rated critical. "This is the third time in 2021 that Microsoft has patched less than 60 CVEs and this month's release contains the lowest number of patches in a month so far this year," he added.

"CVE-2021-33742 is a remote code execution vulnerability in the Microsoft Windows MSHTML Platform. While this vulnerability does not require special privileges, the attack complexity for exploiting this vulnerability is high, which means an attacker would need to perform additional legwork to successfully exploit this flaw. It appears that was the case, though details of in-the-wild exploitation are not yet known," Narang said.

"CVE-2021-33739 is an elevation of privilege zero-day vulnerability in the Microsoft Desktop Window Manager (DWM) Core Library. For context, Microsoft patched two elevation of privilege vulnerabilities in February (CVE-2021-1732) and April (CVE-2021-28310) which appear to be linked to a threat actor known as BITTER APT. In the case of CVE-2021-28310, researchers linked the flaw to the dwmcore.dll file. Given that CVE-2021-33739 is credited to the same researchers who found CVE-2021-1732 in February, and was discovered in the same core library as CVE-2021-28310, it is feasible this is another zero-day being leveraged by the same BITTER APT group.

"While these vulnerabilities have already been exploited in the wild as zero-days, it is still vital that organisations apply these patches as soon as possible. Unpatched flaws remain a problem for many organisations months after patches have been released."

More in this category: « Australians lose $851 million to scams as scammers take advantage of pandemic Payment redirection scams cost Australian businesses $128 milion in losses in 2020 »
Share News tips for the iTWire Journalists? Your tip will be anonymous