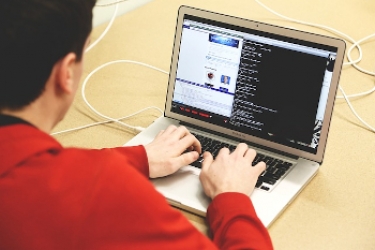 Russian security firm Kaspersky says it has found some similarities in the methods used by the SUNBURST malware, that was used in a supply chain attack on a number of US firms disclosed in December, and long-time attacker, the Turla Group.

But in a blog post, the company also cautioned that these findings needed to be taken with a grain of salt and not to indicate that the two groups were related, as there could be many reasons why these similarities existed.

The supply chain attack came to light when FireEye announced on 9 December AEDT that it had been compromised and had its Red Team tools stolen.

Five days later, the firm issued details about attacks using malware which it called SUNBURST; it said this malware had been used to hit both private and public entities, by corrupting the Orion network management software, a product of SolarWinds.

The post, authored by Georgy Kucherin, Igor Kuznetsov and Costin Raiu, said the victim UID generation algorithm, the sleeping algorithm — which governed the time between the malware gaining access and its activation — and the extensive usage of the FNV-1a hash were the similarities they had observed between a previously identified backdoor known as Kazuar, and SUNBURST.

"We believe it’s important that other researchers around the world investigate these similarities and attempt to discover more facts about Kazuar and the origin of Sunburst, the malware used in the SolarWinds breach," the Kaspersky trio wrote.

"If we consider past experience, looking back to the WannaCry attack, in the early days, there were very few facts linking them to the Lazarus group. In time, more evidence appeared and allowed us, and others, to link them together with high confidence. Further research on this topic can be crucial in connecting the dots."

Kucherin, Kuznetsov and Raiu said the following reasons could account for the similarities between SUNBURST and Kazuar:

More in this category: « NSW Health among users of compromised network management tool Avast warns of COVID-19 QR code and vaccination scams »
Share News tips for the iTWire Journalists? Your tip will be anonymous