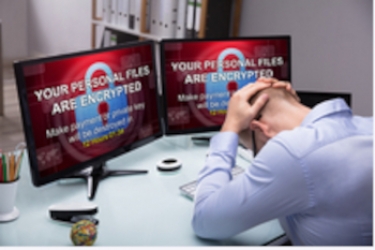 Issues have been identified with a decryptor released by security firm Bitdefender for files encrypted by the REvil ransomware group before it temporarily disappeared on 13 July.

Fabian Wosar, chief technology officer of the security firm Emsisoft, said depending on the payload of the REvil payload that was used to encrypt files, all files that were over a certain size could become corrupted during decryption.

REvil, which is also known as Sodinokibi, recently restarted operations, and announced details of its latest victim just a day after Bitdefender released the decryptor.

Wosar added: "REvil introduced the encryption mode that causes trouble with the decryption tool between 2020-01-15 and 2020-2-11. Based on cases I have handled and samples uploaded to VT since then, I estimate about 10% to 15% of all victims to be affected."

As a workaround, he advised users of the decryption tool to use the "backup files" option.

Responding to Wosar's tweets, Alex "Jay" Balan, who runs the bug bounty program at Bitdefender, said: "We temporary disabled decryption for the corner-case raised by Fabian and a fix will be made available soon.

On the same day that a decryptor is released, REvil lists a new victim. pic.twitter.com/ESWcNvHj9G

"All other REvil decryption types are fully functional and no files will be damaged but we strongly advise to check the 'back-up files' option nonetheless."

REvil has been one of the most prolific ransomware groups since the time when this genre of malware became the top issue affecting network security of companies running Windows.

On 2 July, the gang hit about 60 MSPs using a zero-day flaw in the Kaseya VSA remote management software. Kaseya is a solutions developer for MSPs.

Some security industry analysts have speculated that the dark web operations of REvil had disappeared due to a technical issue. But the return of the site on 8 September indicates that the operators were merely lying low.

Pressure on ransomware gangs increased after a hit on the Colonial pipeline in the US in May by the DarkSide group.

Many ransomware gangs are based in Russia, but appear to be free to operate provided they do not attack sites within the country.

In a statement issued on Monday evening, Bogdan Botezatu, director of Threat Research and Reporting at Bitdefender, said REvil had three sub-versions of ransomware that encrypted files differently, depending on how they were configured.

"The encryption could affect the whole file; only the first 1MB of the file (enough to compromise it, we call this partial with first-block encryption); and the first 1MB of data, after which the ransomware skips a preconfigured chunk of data, then encrypts another MB and so on," he added.

"The third method of encryption ran into a corner case while decrypting files larger than 32 MB. This would result in larger files getting partially decrypted."

Botezatu claimed the issue only affected a small subset of victims whose data had been encrypted with the third method.

"Additionally, this issue would be observable only on files larger than 32 MB," he said. "As we are running the dedicated support channel, we can confirm that we did not have any incidents reported on this issue until now."

He said the issue had been isolated "within minutes" since the researcher [Wosar] reported it.

"We have immediately disabled decryption for that specific technique to prevent any potential damage to the files. We continued to service requests for the other two decryption methods," Botezatu added.

"An updated tool with a new implementation of the third decryption technique was delivered within hours and made available for download. The old tools already downloaded are now asking users to update to the new version before starting decryption."

More in this category: « Bitdefender releases free REvil/Sodinokibi decryptor archTIS buys some assets of data protection outfit Cipherpoint »
Share News tips for the iTWire Journalists? Your tip will be anonymous