Is FireEye geting ready to put Mandiant on the block? 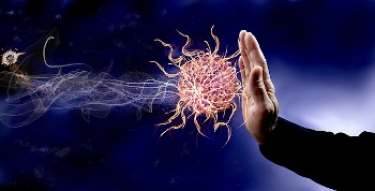 Image by Bruno /Germany from Pixabay

Security outfit FireEye has renamed its expertise- and intelligence-backed offerings to its threat intelligence unit, Mandiant, raising the possibility that it may look to sell this unit, one which it acquired in 2013 for about US$1 billion.

The company has placed a number of offerings under the name Mandiant Solutions:

Shortly after it was acquired by FireEye, Mandiant hit the headlines when it named an alleged Chinese group as being behind attacks on more than a hundred organisations in the US and other English-speaking countries, dating back more than seven years.

It was the first time that an American security firm had gone out on a limb and directly implicated another country as being responsible for cyber attacks.

Last week, FireEye said the re-organisation was meant "to streamline options and simplify the process of identifying solutions our customers need to proactively combat cyber threats".

This is not the first time that FireEye has been the subject of speculation regarding a sale. Last October, the company was reported to be considering a sale to a private equity firm, having hired Goldman Sachs to provide advice on a potential sale.

An earlier bid had failed to attract strategic buyers, the report said.

In 2016, too, FireEye was reported to have hired Morgan Stanley to look at the possibility of a sale, but finally rejected two offers, one of them from Symantec.

For many years, the security industry has had no huge companies, with a number of firms all having similar market caps, in the US$4 billion to US$2 billion cap. In recent years, CrowdStrike, the firm at the centre of the Democrat mail leak and Russiagate controversy, and Okta have both gone public and are now valued at more than US$12 billion each.

FireEye went public in 2013, but has not had the best results to show thereafter. Its stock has been mostly stuck under US$20 since 2016.

More in this category: « Cybercriminals capitalise on shift to remote work amid COVID-19 Launtel chief suggests steps to improve trust in COVID-19 app »
Share News tips for the iTWire Journalists? Your tip will be anonymous